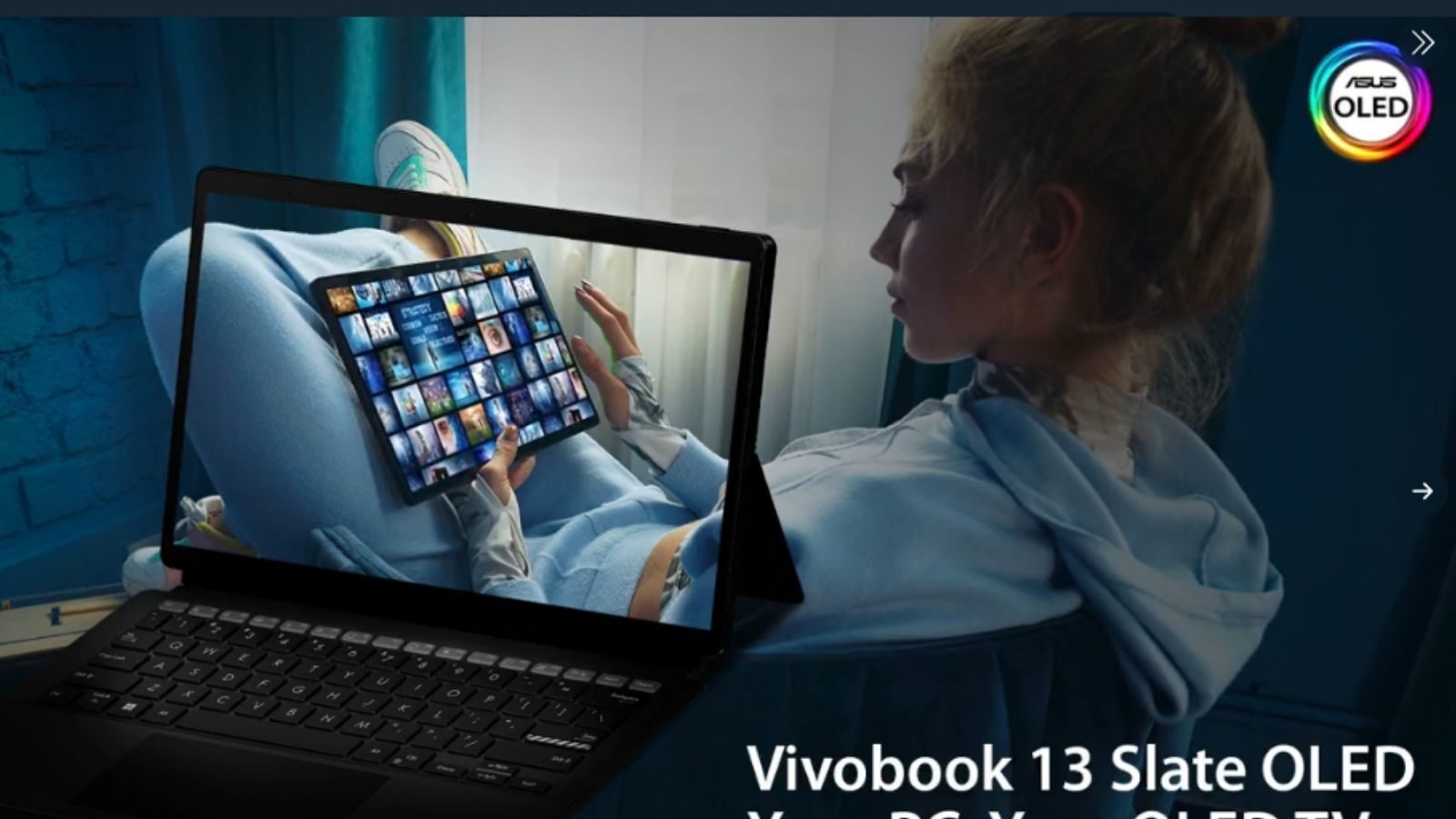 Asus Vivobook 13 Slate OLED Price: In the world of technology, new experiments are being done every day. Multi tasking gadgets are being manufactured. In this episode, Asus India has launched Multipurpose Slate. You can write on this slate. If needed, you can make it a laptop and you can also watch TV on it at leisure. This slate was launched in the US in November last year. Now it has been introduced in the Indian market. This slate is available for sale on the e-commerce platform Amazon.

Asus has named the product VivoBook 13 Slate (Vivobook 13 Slate OLED). This slate has been introduced with 2-1 in convertible notebook and S-Pen support. It has an OLED HDR touch screen display. Regarding Vivobook 13 Slate, the company claims that it is the world’s first 13.3-inch OLED Windows Detachable Laptop.

Vivobook 13 Slate works on Windows 11 operating system. With a detachable keyboard, which also has a track keypad. A 13-megapixel camera has been given in the back side of the slate, while there is a 5-megapixel front camera for selfie.

You can also use Asus Vivobook 13 Slate as a tablet. If you want to entertain then you can use it as a TV. Its display is touch screen. Its aspect ratio is 16: 9 pixels. Its touch sampling rate is 266hz. This slate also has a feature like Asus Pen 2.0 Style. This style can be charged with the help of a separate USB C port and it gets charged from 0-100 percent in just 30 minutes. Once fully charged, it can be used for 140 hours.

This slate of Asus has been introduced with Magnetic Detachable Full Size Keyboard. It comes up to 170 degree hinge. It has a fingerprint scanner. There are four built-in speakers in this slate and Dolby Atmos has been supported in them.

Intel Pentium Silver N6000 processor has been given in this slate, which comes with 8 GB RAM and 256 GB NVM e-internal storage. It is given 8 GB RAM and 64 GB eMMC storage. This laptop gets 60 percent charged in just 39 minutes.

Asus Vivobook 13 Slate has a battery pack of 50WHr for power. It supports fast charging of 65W.

enjoy full screen tv
Asus VivoBook can also be used as a TV. This is a 13.3 inch OLED laptop. This laptop will also let you enjoy the cinema. With the OLED screen and Dolby Vision, you will have the feeling of watching a movie sitting in the theater. Along with this, Asus Pen 2.0 is also being given. With this pen you will get 4 interchangeable pen tips. Its touchpad is quite big.