Asus launched these two cool smartphones for gamers in India, get 18GB of RAM 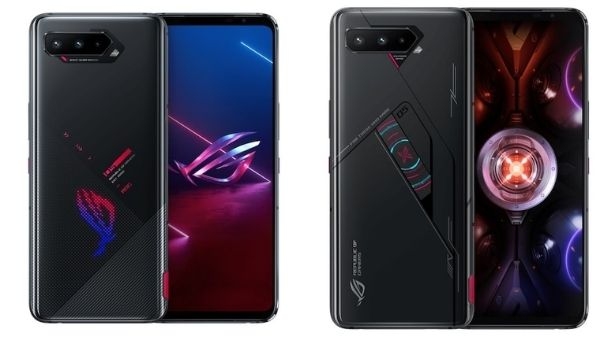 Asus has today launched Asus ROG Phone 5s and ROG Phone 5s Pro in India. Both the devices are almost identical and are powered by Qualcomm’s flagship chipset from 2021. These smartphones are mainly made for gamers. So let’s see their price and specifications.

Both the smartphones come with a 6.5-inch FHD+ Samsung AMOLED display with 144Hz refresh rate, 360Hz touch-sampling rate, HDR10+ certification and more. Asus hasn’t shipped Android 12, so both the devices will run on Android 11 out-of-the-box. ROG Phone 5s Pro with ROG Vision has a small PMOLED display on the back panel.

Talking about the camera system, both the devices come with a triple-camera setup with the same camera sensor including 64MP Sony IMX686 primary sensor, 13MP ultra-wide-angle sensor and 5MP macro sensor. There is a 24MP front sensor for selfie and video calling.

Both the devices support 5G and can support Wi-Fi 6 standard connectivity as well. Both have a 6000mAh battery that supports 30W fast-charging. The weight and design of both the devices are largely similar.

The Asus ROG Phone 5s Pro with 18GB+256GB comes in a single variant for Rs 79,999 and will be available for sale via Flipkart from February 18, 2022. That is, by looking at the RAM and design, you will understand that these smartphones are designed for gamers.