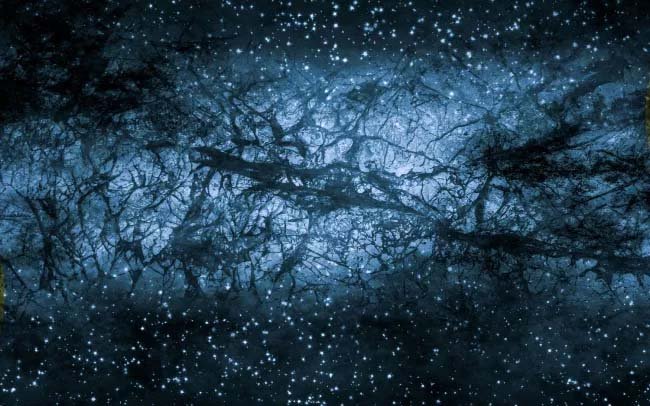 Astrophysicists have used CMB analysis to map the distribution of dark matter in the galaxy. Dark matter does not participate in electromagnetic interaction, which means that it does not emit any waves.

To fix it, scientists observed the galaxy, which is located behind the gravitational lens (a massive body that changes the direction of propagation of electromagnetic radiation with its gravitational field, just as an ordinary lens changes the direction of a light beam) and outside it: this can be used to determine how much light is distorted . The stronger the distortion, the greater the mass of the galaxy, and hence the mass of dark matter.

To collect the necessary data, scientists examined more than 1.5 million lens galaxies located at a distance of about 12 billion light years from Earth. The scientists also used observations of the cosmic microwave background (thermal radiation that evenly fills the universe) obtained by the Planck satellite.

By combining a sample of a large, distant galaxy and lens distortion in the CMB, they found dark matter 12 billion years old. That is, it is only 1.7 billion years younger than the Universe.