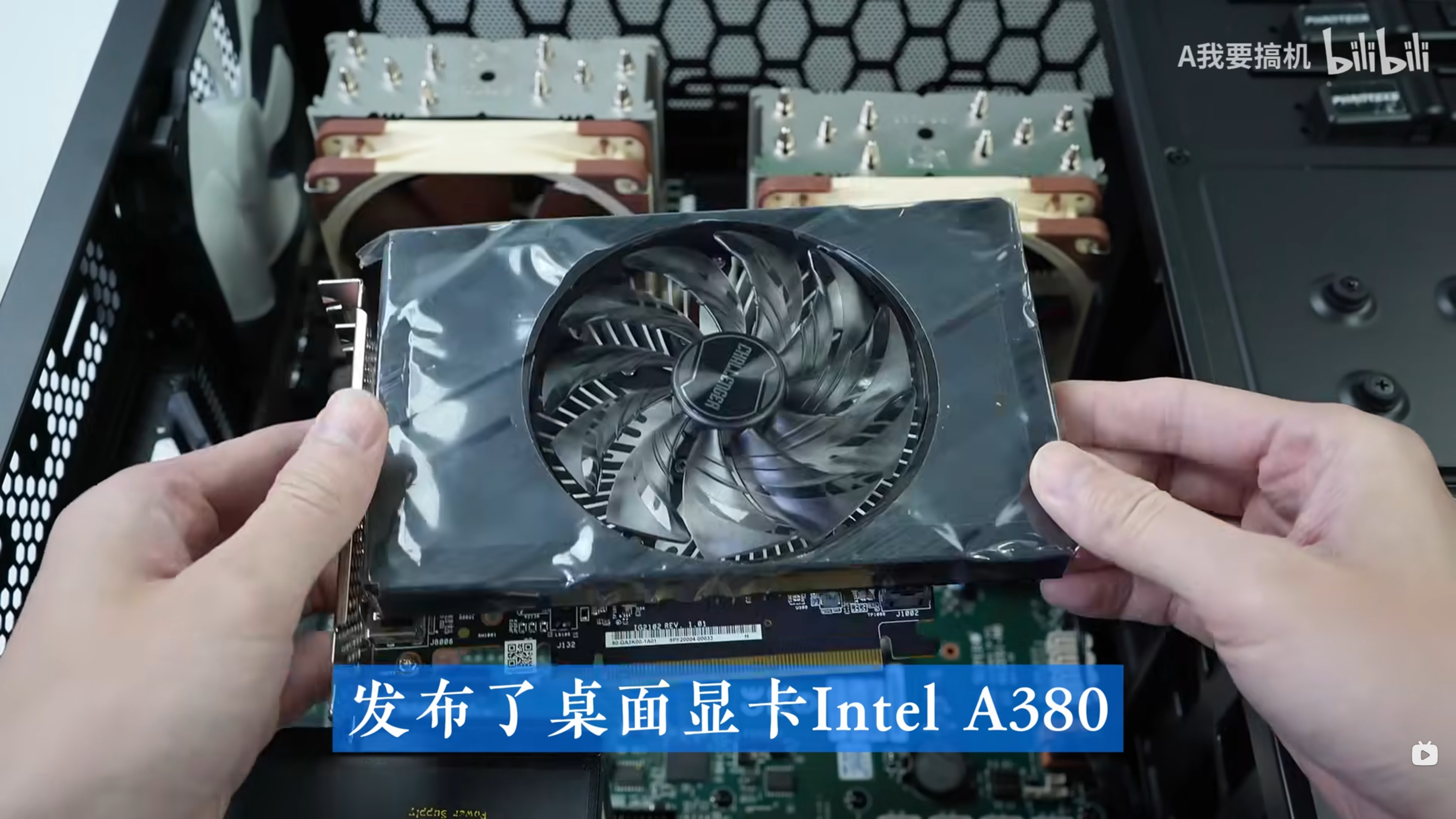 A video was published on the Chinese resource Bilibili, which showed the installation process and the appearance of the new video card manufactured by ASRock. We are talking about the model Arc A380 with a non-standard design.

The card received only one fan, but it requires two slots for installation. We also note that it has an 8-pin power connector, which indicates a rather high consumption.

At the same time, the company and the source did not provide any technical parameters of the novelty. If we recall the characteristics of the basic version of the Intel Arc A380, then it received an ACM-G11 graphics processor with 8 Xe-cores with 128 shader units. The clock frequency is 2450 MHz at the maximum. Also, the novelty has 6 GB of GDDR6 video memory with an effective frequency of 15.5 GHz and a 96-bit data bus.

Earlier it was reported that the A380 compared with other competitors in 8 modern games.