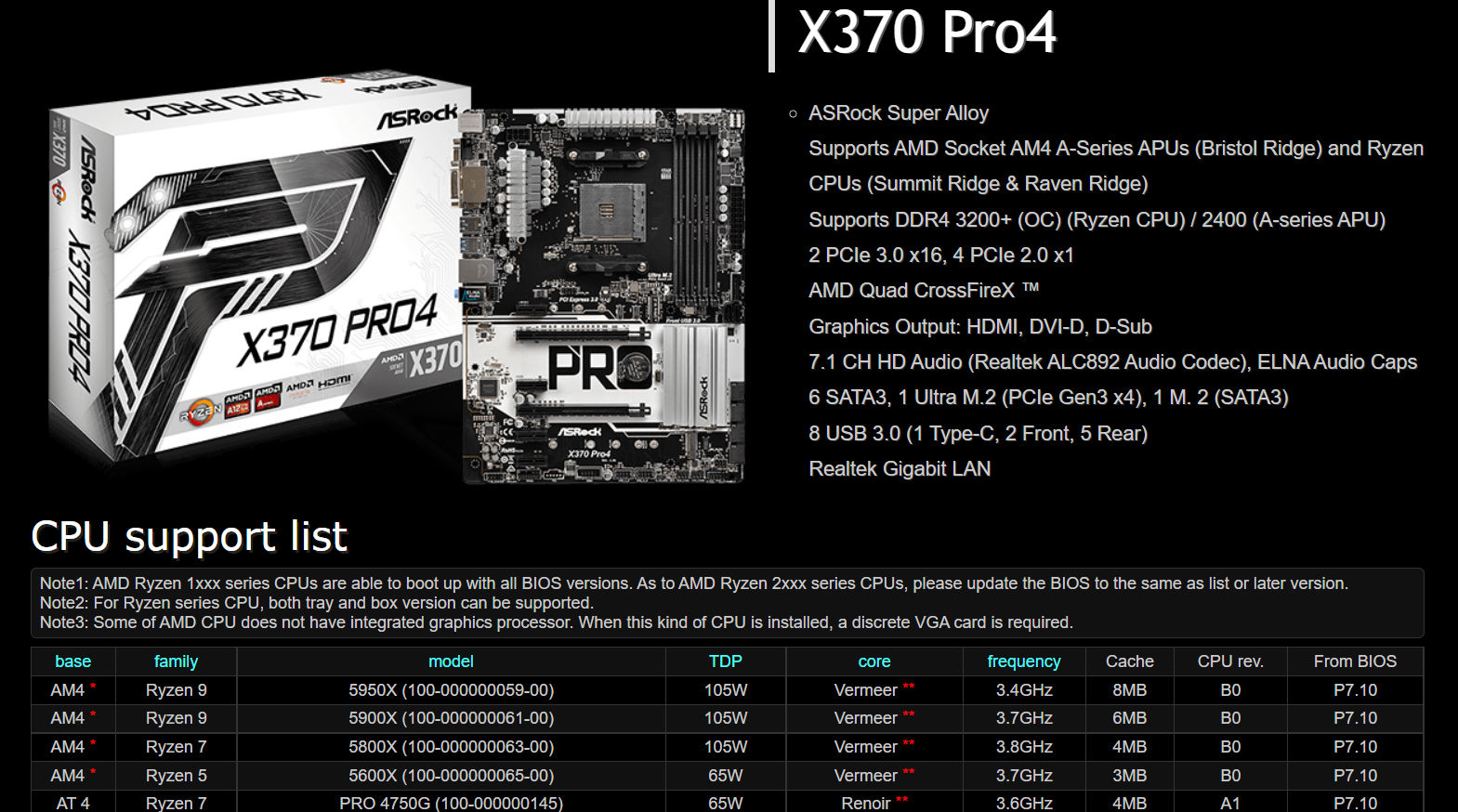 The situation with motherboards based on AMD 300 series chipsets that support Zen3 processors couldn’t be more confusing. As AMD has repeatedly said, supporting new processors is a daunting task and not easy to solve. Not to mention physically missing things like PCIe Gen4 slots that were simply not available on boards for first-gen AMD Ryzen processors.

At the same time, BIOS leaks occurred every now and then, which partially supported Ryzen 5000 processors (Vermeer), and announcements of the release of the corresponding BIOS versions were heard, which disappeared from manufacturers’ websites shortly after publication. But the support for the AMD 300 + Vermeer bundle has never been official.

Meanwhile, a source revealed today that ASRock has released the first BIOS for X370 supporting Ryzen 5000. It is already available for download. Ryzen 5000 CPUs are listed in BIOS for ASRock X370 Pro4.

Other manufacturers are expected to follow ASRock’s example soon. It is important to keep in mind when deciding to install an update that due to limited BIOS space, AMD had to remove support for Bristol Ridge.