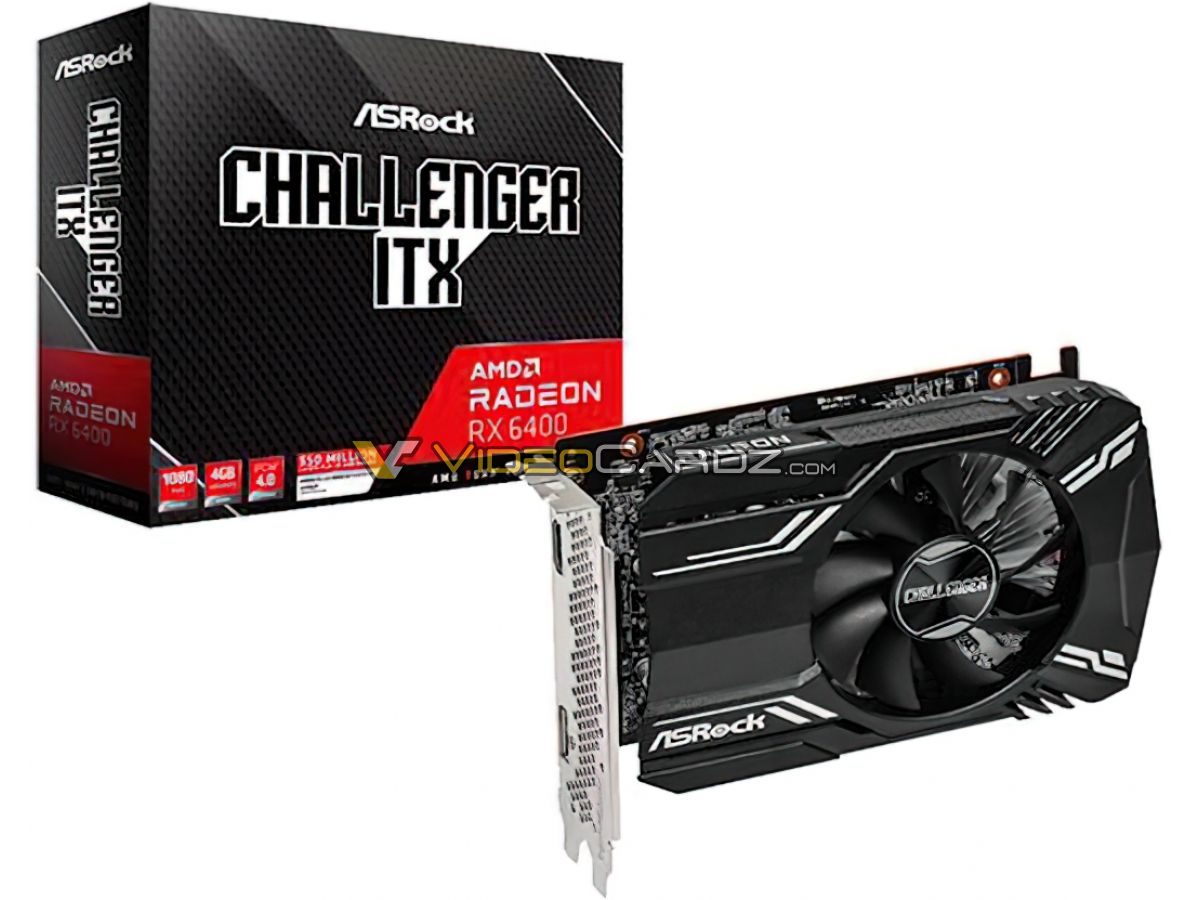 ASRock already has the RX 6500 XT Challenger ITX and RX 6600 XT Challenger ITX 3D cards for compact PCs, with the Radeon RX 6400 Challenger ITX coming soon. The peculiarity of the novelty is that it does not require additional power: for a video card with a TDP of 53 W, the power supply capabilities of the PCIe bus are quite enough.

The Radeon RX 6400 Challenger ITX received a fairly simple cooling system with a single fan and a conventional aluminum heatsink. There are no heat pipes, apparently. There are only two video outputs – HDMI and DisplayPort.

The Radeon RX 6400, recall, is built on a stripped-down version of the Navi 24 GPU with 768 stream processors. The 3D card has 4 GB of GDDR6 memory connected to the GPU by a 64-bit bus. Previously, the accelerator was available only to system integrators and large PC assemblers, but now it will become available to ordinary consumers. The official start of sales is expected on April 20.