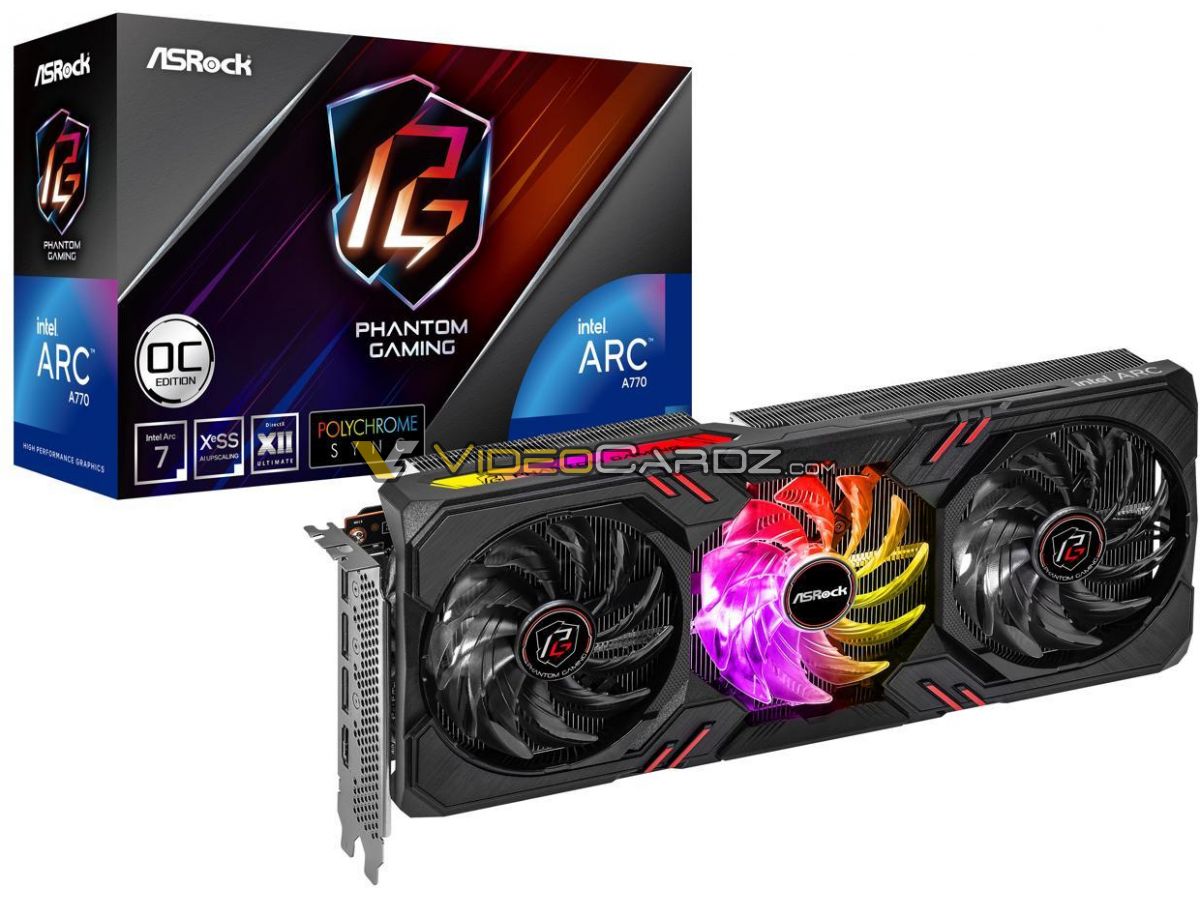 Intel confirmed prices of their video cards for the US market, as well as their availability in major retail stores. And ASRock and Gunnir have announced that they will launch sales of their Arc A770 and A750 cards in the States starting tomorrow. Data for other regions is not yet available.

ASRock will release a version of the A770 with a Phantom Gaming design, three fans and 2.5 slots wide. There are no exact specifications yet, but this version has a full-fledged ACM-G10 GPU with 32 Xe cores. It also looks like there will be 8GB and 16GB storage options.

Arc A750 will be released as a Challenger OC with two fans. The A750 GPU has 28 Xe cores and a maximum memory configuration of 8GB.

Gunnir has clarified that there will be new maps, but hasn’t given any details yet. Most likely, one of the options will be the card shown at the Intel Innovation show in September. It is possible that Arc A770 and A750 will receive this design.