As soon as it is launched, this new SUV from Maruti will give competition to its knees, features such that it will win hearts 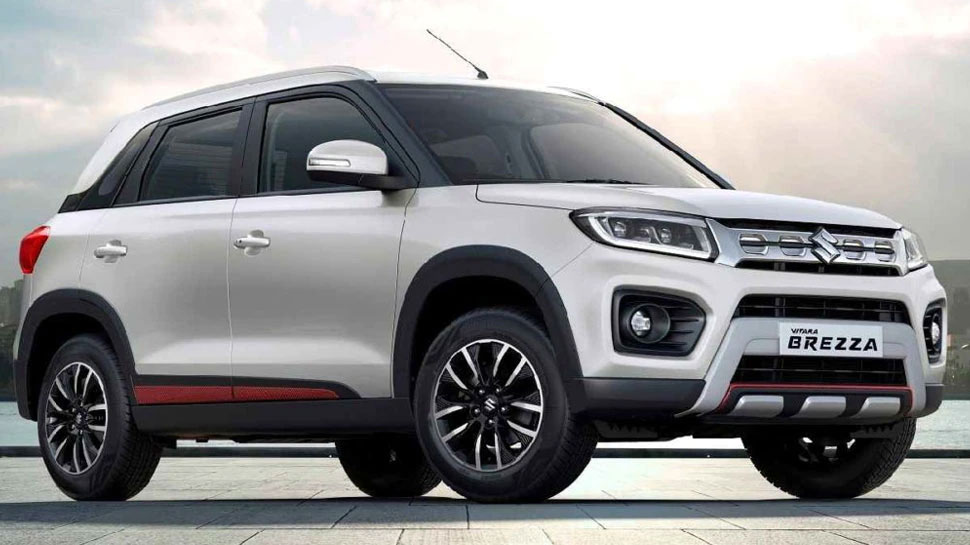 Maruti Suzuki has been continuously testing the 2022 Vitara Brezza and the new SUV has been seen with two-colour alloy wheels. This SUV has been seen many times in the past, in which information about the new features that will be available with it has also been revealed.

New Delhi : Maruti Suzuki Vitara Brezza was the first choice of customers in the SUV segment for a long time, but now new and old cars with strong features in the competition are affecting its sales. The company also knows this and is going to launch the 2022 Vitara Brezza very soon with strong features. The recently seen car has been seen with dual tone alloy wheels. It was also seen a few days ago, in which sensors have been seen in the front and rear of the car, which makes it clear that this car will be strong in terms of safety. A 360-degree camera has been given with the 2022 Baleno and there is a great possibility that the new Vitara Brezza will also get this feature.

the face has changed a lot

The face of Maruti Suzuki’s new Vitara Brezza has changed drastically with new grille, bumper and headlight design, new clamshell styling on the hood and new front fenders. The new SUV is being built on the same platform as the current model and the doors along with its bodyshell have been kept as before. Looking at the rear, the rear door of this compact SUV has seen changes and its number plate has also been shifted to a lower position. The new Brezza gets new wraparound taillights and a redesigned bumper.

The company is also going to make changes in the key parts of the new Vitara Brezza in which the SUV can be given a sunroof, sizable touchscreen infotainment system, wireless charger, paddle shifters and SIM based connected car technology. Connected car technology will add many internet-powered features to the car, including features like geofencing, real time tracking, find your car. To give it a premium feel, better quality material is going to be used in the cabin of the car.

The new Maruti Suzuki Vitara Brezza can be got the same 1.5-litre petrol engine as before, which will come with mild hybrid technology. This engine makes 105 horsepower and 138 Nm of peak torque in the current model. Although the company can improve the mileage of the engine found with the car. After making a premium SUV, the company is also going to increase the price of the new Vitara Brezza a bit and we estimate that the starting ex-showroom price of the new compact SUV will start from Rs 8 lakh to Rs 12.5 lakh. After its launch in India, the new Brezza is going to be a big competition for cars like Kia Sonet and Hyundai Venue.