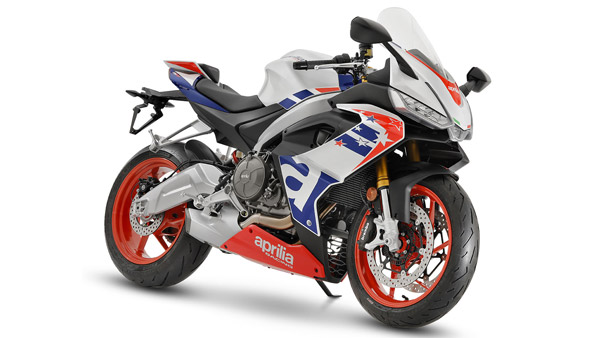 Along with giving it a paint update, the company has also changed the features. The Special Edition RS660 gets a gearbox with a reverse shift pattern. It has a push down pattern for upshift and push up for downshift. This is the only feature that is available on racing bikes. Other upgrades include a larger fairing and rear seat cowl to improve air flow.

The design of the Aprilia RS 660 has been taken from its larger variant RS V4. RS 660 is a very sporty and aggressive looking sports bike. The LED DRL lights given in the front of the bike make it quite attractive.

This bike has been given an aerodynamic design for racing so that the balance of the bike remains in high speed. The bike gets three-part LED headlamps with LED DRL lights and LED turn indicators. The front and rear design of the bike has been kept sharp. Along with its fuel tank, creases have been given on many parts of the body, which makes the bike look sporty.

In terms of suspension, the bike gets an upside down telescopic fork at the front and an adjustable monoshock suspension unit at the rear. Key safety features include features like three-level cornering ABS, adjustable wheelie control, traction control, engine brake control, cruise control.

The Aprilia RS 660 has a fuel tank of 15 liters which can be filled with enough fuel for long rides. The bike weighs in at 185 kg and is fitted with racing inspired 17-inch high performance tires on both the sides. Apart from this, features like five riding modes, TFT instrument display and Bluetooth connectivity have been provided in the bike.

In terms of performance, the Aprilia RS 660 Limited Edition is similar to its standard model. It is powered by the same 659cc liquid-cooled parallel-twin cylinder engine that generates power of around 100bhp at 10,5000rpm and 67Nm of peak torque at 8500rpm.

The bike comes with APRC, multiple riding modes and good braking system. The Indian unit of Piaggio also launched its naked version along with the Aprilia RS660 in August last year. However, the prices of both these bikes have made them one of the most expensive motorcycles ever launched in India. The Aprilia RS 660 is being brought to India via the CBU route.