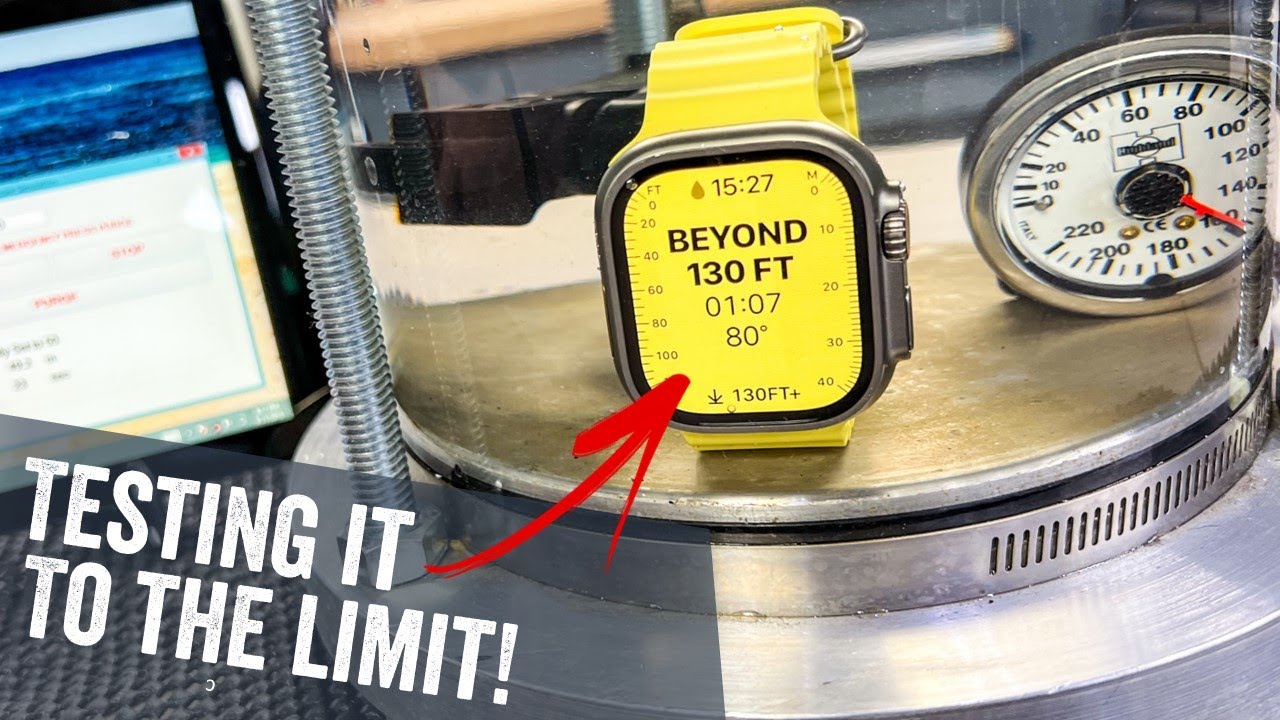 Yesterday Apple Watch Ultra beaten with a hammertoday we can see how they tried to drown them.

New Apple, recall, has an increased degree of protection, including from water. The company itself says that the watch can be submerged to a depth of 130 feet or up to 40 meters. As you can see, in the experiment, a pressure was created in a special chamber that is higher than what corresponds to the indicated depth, and the watch survived such an experiment without difficulty. By the way, after exceeding the above depth, the watch signals this and stops showing the exact value, indicating only that the threshold of 130 feet has been exceeded.

Apparently, the author did not create a pressure higher than that which is at a depth of 160 feet or almost 50 meters. At the same time, it is worth remembering that, in general, Watch Ultra meets the specifications, which imply the possibility of diving to a depth of up to 100 meters, but so far no one has arranged such a test for the watch.