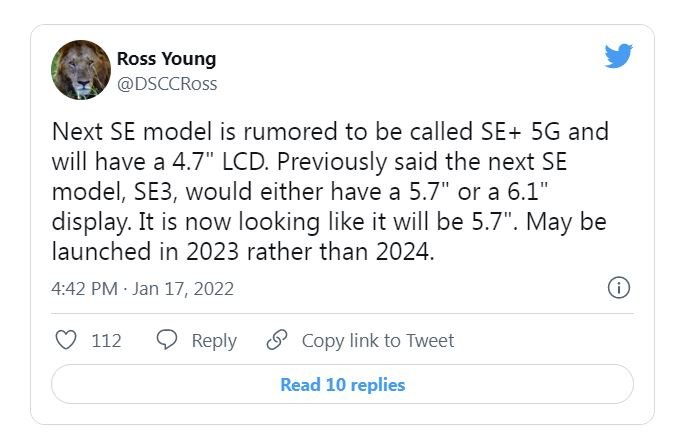 Those who expected the 2022 Apple iPhone SE to get a big screen are in for a disappointment. However, according to the source, in the model that will be released in 2023, you can expect a screen increase from 4.7 inches to 5.7 inches. The source makes the reservation that the release of the iPhone SE with a large display could be delayed until 2024 if things don’t go according to plan.

The data comes from analyst Ross Young, who believes the upcoming iPhone SE, which is expected to launch in March or April, could be called the “iPhone SE+ 5G.” The device will be equipped with a 4.7-inch IPS display. Thus, the preliminary information, first published back in 2020, was confirmed. A large-scale design change is predicted for next year. Then the SE model will come out, reminiscent of the iPhone XR or iPhone 11.