Apple smartwatch will save you from every difficulty! Users will be able to send emergency messages by connecting to satellite 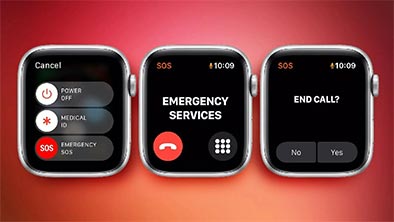 Apple smartwatch is known for its features. Every Apple Watch boasts something new. The tech giant is now planning to roll out new features for its smartwatches. According to reports, satellite connectivity features are planned for Apple Watch. In addition, emergency texting and SOS response will also be supported. It is said that this feature will soon be available in Apple’s smart wearable. With the help of these features, users will be able to connect in case of emergency. You will be able to ask for help for yourself and come out in difficult situations. That is, Apple Watch will be ready to save its users from every trouble in the coming days.

one of bloomberg Report As per reports, satellite connectivity features were earlier rumored to be introduced in the iPhone 13 series. Now it is being said that it will be introduced in the iPhone 14 series. Its direct advantage will be that the user will be able to send short messages with the help of satellite network without having to depend on the carrier network.

It is said that Apple wants to give these features to its users so that they can stay connected in emergency. Under this feature, users will get the facility of Emergency Message Via Contacts “Emergency Message via Contacts”. With this, users will get the facility to send short text messages in areas where there is no cellular signal i.e. mobile network. It is said that this new system appeared in gray bubbles in the Messages app.

Under the feature, users will also be able to report any crisis. With this, particular information can be collected about a person whether he is falling in the water or sinking with the ship etc. Users will be asked if they need help in rescue. However, nothing has been said about this feature from Apple yet. Hope to get more information on this in the coming days. However, the kind of nature Apple has, it can be guessed that the company can give a big surprise to the users in the coming days.