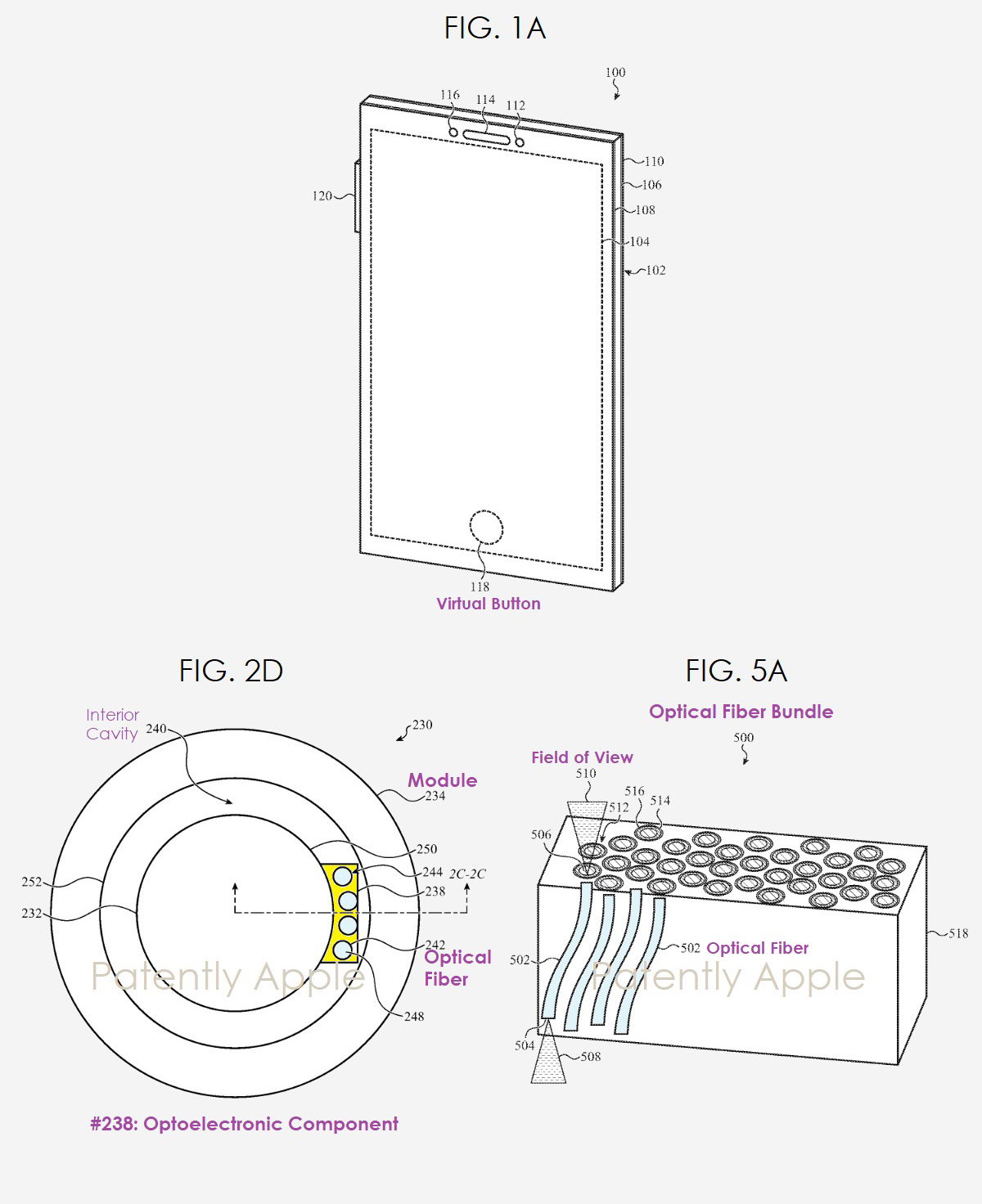 The US Patent and Trademark Office has published a patent application from Apple that relates to “smartphones, tablet computers, laptop computers, wearable devices, stand-alone or wall-mounted displays, and other devices having optical emitters, detectors, or transceivers.” The application describes a technology that allows placing not the sensors themselves, but optical fibers under the screen. They can be used for biometric data entry and other purposes such as transferring data between devices.

As conceived by the inventors, optical fibers will make it possible to form a two-dimensional or three-dimensional image of an object or user that is near the device. This could be an image of a fingerprint, a face, or a scene in the field of view.

Today, under-screen sensors rely on transmitting and receiving through the surface of the screen, resulting in a loss of 95-99% of the optical signal. The invention proposes to arrange optical fibers or bundles of optical fibers so that the signal bypasses other elements of the display. For example, the fibers can be located along the edge of the display or on optically clear areas.

In various forms described in the application, optical fibers “can be laid along non-linear routes; may include sensors with different transmit / receive baselines; can be used in conjunction with an optical emitter, optical detector or optical transceiver; can be multiplexed, divided or combined; can be connected to an optical path routing controller or other element that can control optical fiber or fibers; etc”.

Given that this is a patent application, it is impossible to say how soon the ideas outlined in it will be embodied in production devices.