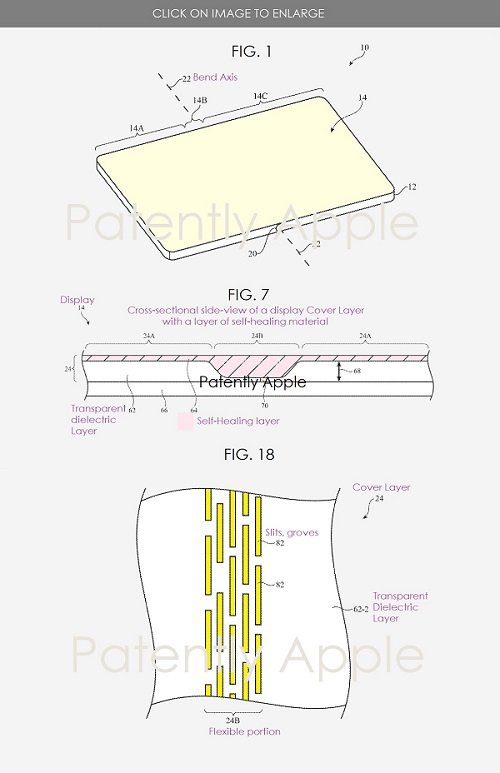 The United States Patent and Trademark Office (USPTO) has officially granted Apple a patent for a foldable device with a self-healing screen. According to the documentation, an elastomer layer will be formed on the fold of the display to increase the flexibility of this area, and a layer of self-healing material can cover the entire screen or just the fold area.

The development assumes that such a self-healing layer will remove scratches, dents and other defects from the screen surface, which will inevitably appear during the use of the device. This is especially true for the fold zone, which can develop a noticeable wrinkle over time. Recovery can occur both without external influence (the material will simply fill the dent itself when it appears), and with the help of heat, light, electric current, etc. applied from the outside.

For example, if heat is used as a stimulus for the self-healing process, then the display cover may include transparent conductors that form a heating layer. It will generate heat in response to user actions, according to a set schedule, or while an electronic device is being charged. And heat, in turn, will start the recovery process, the patent says. Apple notes that in the future, not only the iPhone, but also the iPad or MacBook will be able to get such a screen.