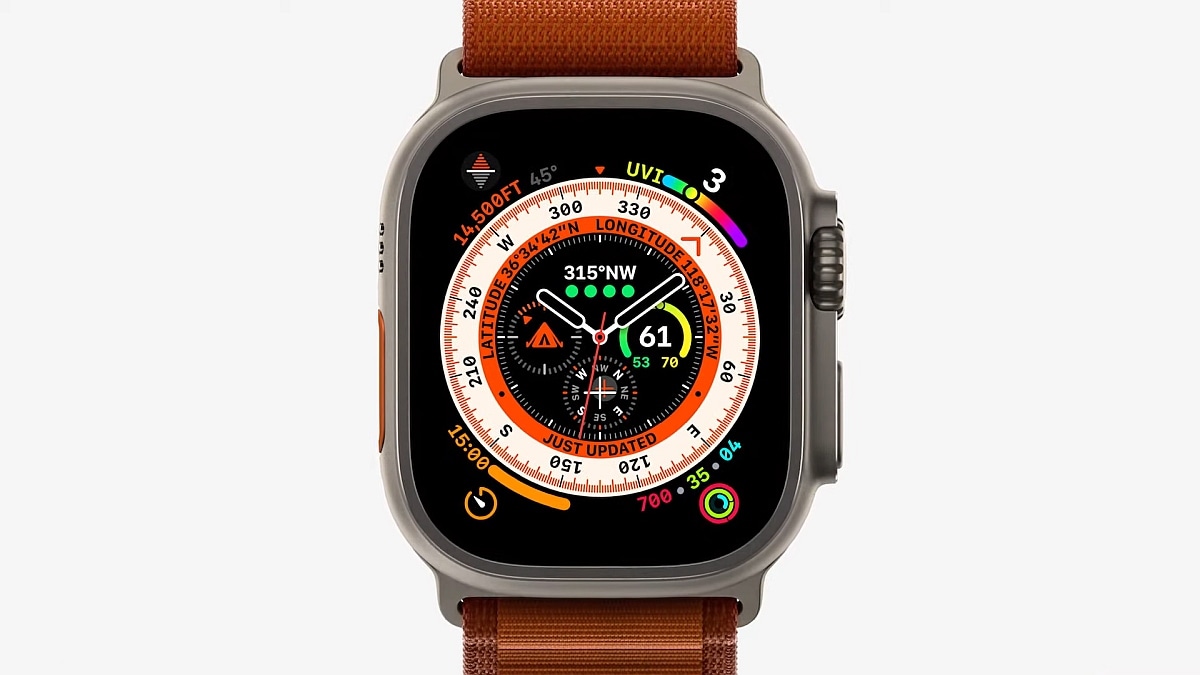 Apple, one of the world’s largest smartphone companies, launched Ultra Watch on Wednesday. Along with this watch, Apple Watch Series 8 and Apple Watch SE (Second Generation) have also been launched in the company’s ‘Far Out’ event. The Ultra Watch battery can last up to 36 hours on a single charge. In its upcoming feature, the battery will be able to last up to 60 hours. The watch will be offered in a single cellular model and features an aerospace-grade titanium body with a 49 mm display. The GPS accuracy of the Ultra Watch has been improved.

The price of the new watch in India will start from Rs 89,900. Its sales will start from 23 September in over 40 countries including Australia, France, Germany, Japan, India, UK, US and UAE. company Said that orders for this can be placed from Wednesday itself.

The watch features a new Wayfinder watch face with a 49 mm display and titanium body that is designed for larger displays. It has a new action button that can be used to launch various features. Its battery can last up to 36 hours in normal use. The company said that it will also offer a new low-power setting that will provide up to 60 hours of battery backup.

The price of Apple Watch Series 8 GPS will start at $399. Its cellular model costs $ 499. It will be available in Midnight, Silver, Starlight and Red colours. of this watch purchase But the company is also offering a free subscription of Fitness + for three months. Its sale will start from September 16 and orders can be placed for it from Wednesday.

The starting price of the company’s Affordable Watch SE GPS is $249. Its cellular model costs $299. It will be available in Midnight, Silver and Starlight colours. Its sale will start from September 16. However, the company has not given information about the availability and pricing of Apple Watch Series 8 and Apple Watch SE (2nd generation) in India. Like the previous models of the company’s watches, many features related to health and fitness will also be available in them.