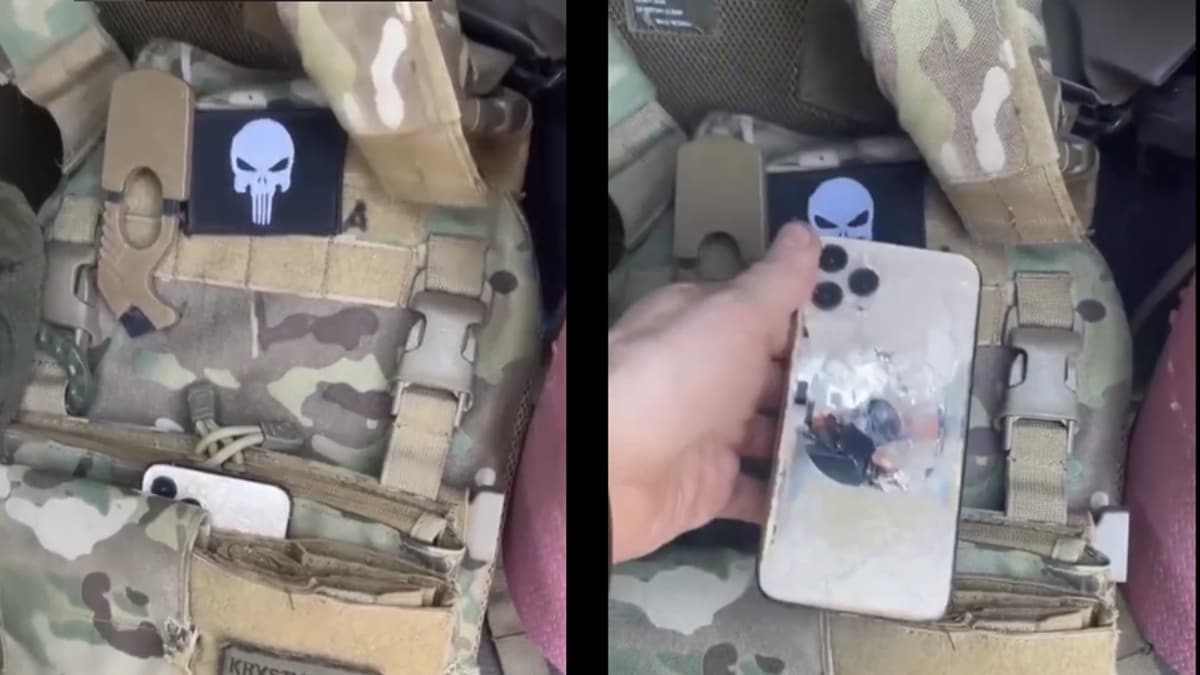 Can you imagine that a person’s life could have been saved by being shot in a mobile phone. One such latest incident has reportedly been reported from Ukraine, where the Apple iPhone 11 Pro saved the life of a Ukrainian soldier. Actually, a video is becoming fiercely viral on the Internet, in which it can be seen that the iPhone 11 Pro was kept inside the bullet proof jacket of a soldier, and there was a big bullet mark on the phone. It seems that the bullet hit the phone crossing the soldier’s jacket and got destroyed there.

A user (u/ThaIgk) on Reddit shared a video on Saturday, July 16, claiming that an iPhone saved the life of a Ukrainian soldier. iPhones are generally known for good build quality. This video can also be a good example of this. In the video, a soldier can be seen pulling out an iPhone from his bulletproof jacket, leaving a huge hole in the back panel of the bullet. The surprising thing is that the bullet did not go through this phone, as the display appears to be broken, but there was no hole in it.

Looking at the design, it is known that it was the iPhone 11 Pro. Of course, the bullet must have first passed several layers of the jacket and then hit the iPhone, but still, the bullet did not cross the phone, indicating its quality. Had it not been for the phone, perhaps the bullet could have harmed the soldier. However, Gadgets 360 does not confirm the video.

At the time of writing the news, the video had received over 4,000 upvotes on Reddit. Comments are also coming on the video.

The incident certainly seems nothing short of a miracle. The good thing is that the soldier was safe and sound.