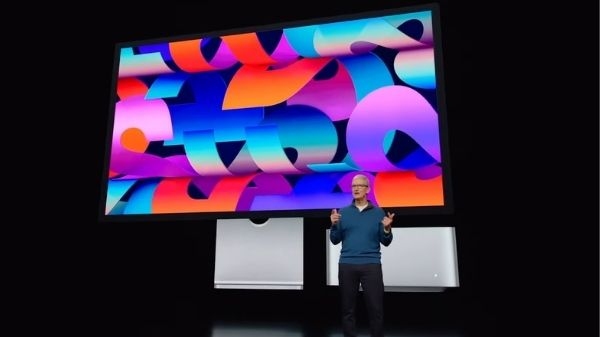 Apple organized its first mega event for the year 2022 and the company has launched a lot of new products. At the ‘Peak Performance’ event, Apple has introduced several of its products, including the new iPhone SE, iPad Air, Mac Studio and M1 Ultra chips. So let’s know in detail on these launches of Apple event.

Apple launched these products at the peak performance event

CEO Tim Cook started the event with Apple TV+. Apple also announced its partnership with Major League Baseball (MLB). Baseball games will be available for free to Apple TV+ users in some countries.

iPhone 13 gets a new color

As let us tell you that for most users, the Apple event was special because the iPhone SE 2022 will be launched in it. Similarly, the American company has finally launched the new affordable iPhone SE 2022.

Talking about the specifications, Apple iPhone SE 2022 is powered by the new A15 Bionic chipset. And the same chipset also comes in the flagship iPhone 13 series. The new iPhone SE gets the same 12-megapixel camera lens.

Also, the iPhone SE 2022 also gets the same glass back that has been used in the iPhone 13 and iPhone 13 Pro. It also has a home button feature along with Touch ID.

Apart from this, Apple has also launched the new iPad Air. The new iPad may look similar to last year’s edition but is now powered by the M1 chip. The M1 chip also comes to the MacBook Air and 13-inch MacBook Pro 2020.

The iPad Air sports a 10.9-inch Liquid Retina display with a brightness of up to 500nits. The display is anti-reflective. The front-facing camera has been upgraded to a 12-megapixel module that also supports the Center Stage feature. The M1-powered iPad Air 2022 also gets 5G connectivity.

Apple has launched its last and most powerful M1 chipset at the peak performance event. The M1 Ultra is more powerful than the M1 Max. The chipset features UltraFusion, Apple’s new packaging architecture.

The M1 Ultra can be configured with up to 128GB of high-bandwidth, low-latency RAM that can be accessed by a 20-core CPU, 64-core GPU and 32-core Neural Engine.

Apart from all this, Apple has also introduced its new Mac Studio and Mac Display at this launch event.