Apple does not exclude problems with the mass production of the iPhone 14 Pro, due to which smartphones received different shades of purple 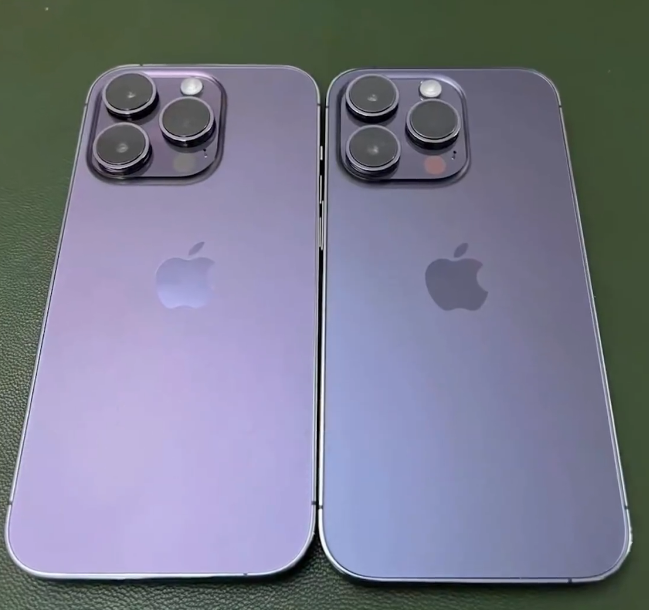 In the iPhone 14 line, Pro models are popular due to the introduction of Dynamic Island and a 48-megapixel camera. Most buyers prefer the new dark purple color, with which there were problems.

The new iPhone 14 Pro color has a gradient effect, meaning it displays a different hue in different lighting conditions. But, as it turned out, in the production of this model, smartphones were originally produced with different shades of purple.

Many users of the Weibo social network who received the purple versions of the iPhone 14 Pro and iPhone 14 Pro Max note that the difference between the same models is too big. The back panels of smartphones differ in color under the same lighting conditions. Some smartphones are more purple, others more blue.

Chinese media editors contacted Apple’s support team, which said that the mass production of iPhone 14 Pro smartphones does not rule out the problem of color difference in some batches. However, this is not a very common situation.

In addition, Apple supports 14-day device returns and exchanges for those who purchased the iPhone 14 Pro from the official website.

According to Mydrivers, all models iPhone 14 is already offered at significant discounts on platforms in China. Popular tech blogger Valentin Petukhov, known under the nickname Wylsacom, published an interesting video on his YouTube page in which we show iPhone XR in iPhone 14 Pro case for 20,000 rubles.