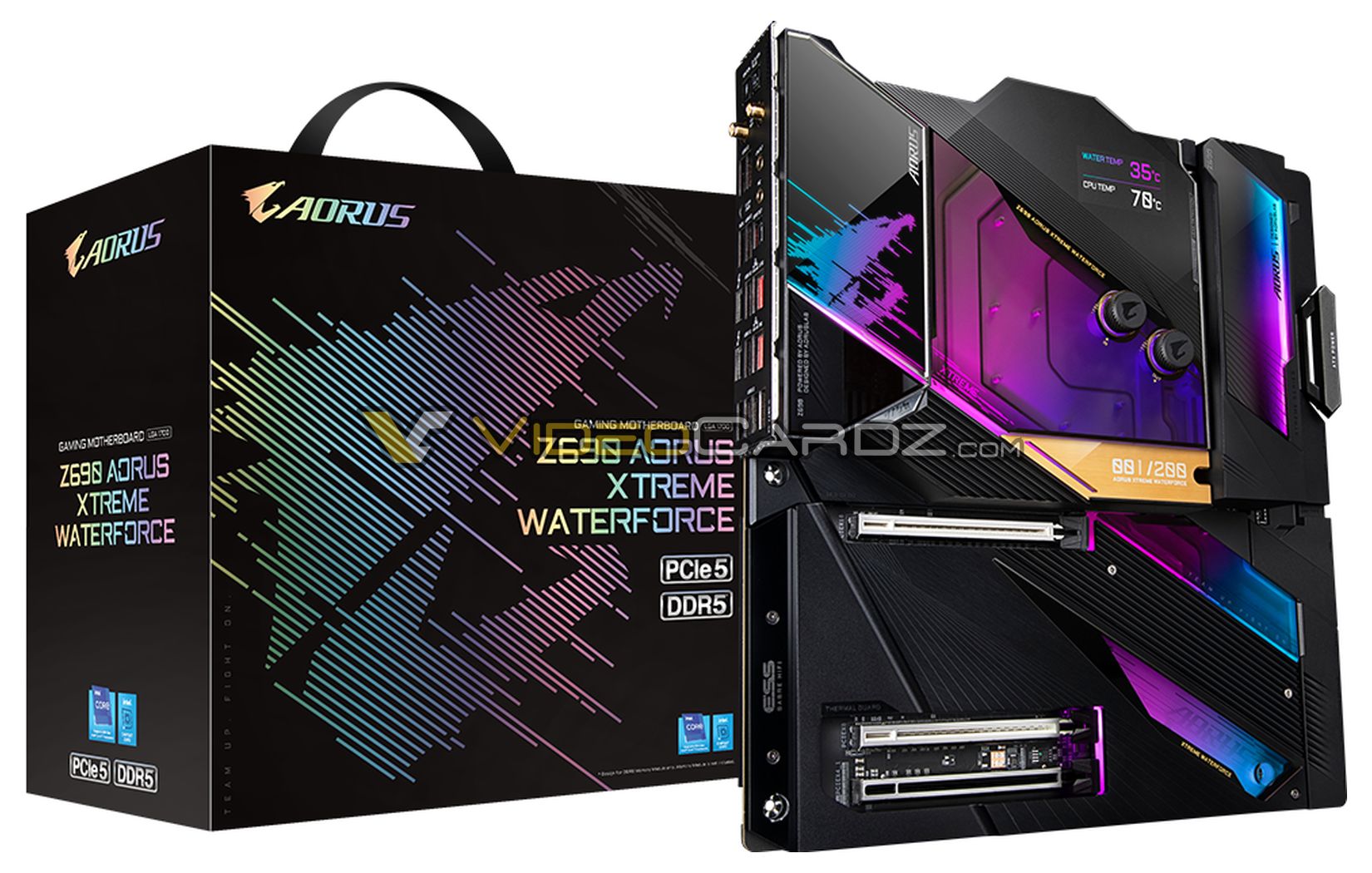 The source has posted images of the Aorus Z690 Xtreme WaterForce motherboard, which it calls the highest performance LGA1700 processor board developed by Gigabyte.

The board is equipped with a water block that covers the processor and power components. It will not be superfluous if you remember that the Core i9-12900K processor alone releases power up to 241W, even without being overclocked.

In many aspects, the board is predictably similar to the Xtreme model. In particular, this applies to the power subsystem, which includes 23 powerful voltage regulators and dual 8-pin power connectors. Like the air-cooled variant, the new board has a special shroud for memory modules. While it can reduce airflow around memory heatsinks, Gigabyte claims the board will support memory overclocked to DDR5-6600 using XML 3.0 profiles.

There are two PCIe Gen5 slots and one PCIe Gen3 slot on the board. All of them are x16, but if both Gen5 slots are occupied, then 16 lines are divided in half between them. There are four M.2 slots for drives, each with PCIe Gen4 x4 lanes. The board’s equipment includes 10 GbE and 2.5 GbE network ports, as well as an Intel AX210 wireless adapter that supports WiFi 6E.

Judging by the inscription on the water block, only 200 Aorus Z690 Xtreme WaterForce boards will be released. In an Australian store, the board was seen priced at around $ 2,200 (shown in Australian dollars in the illustration).