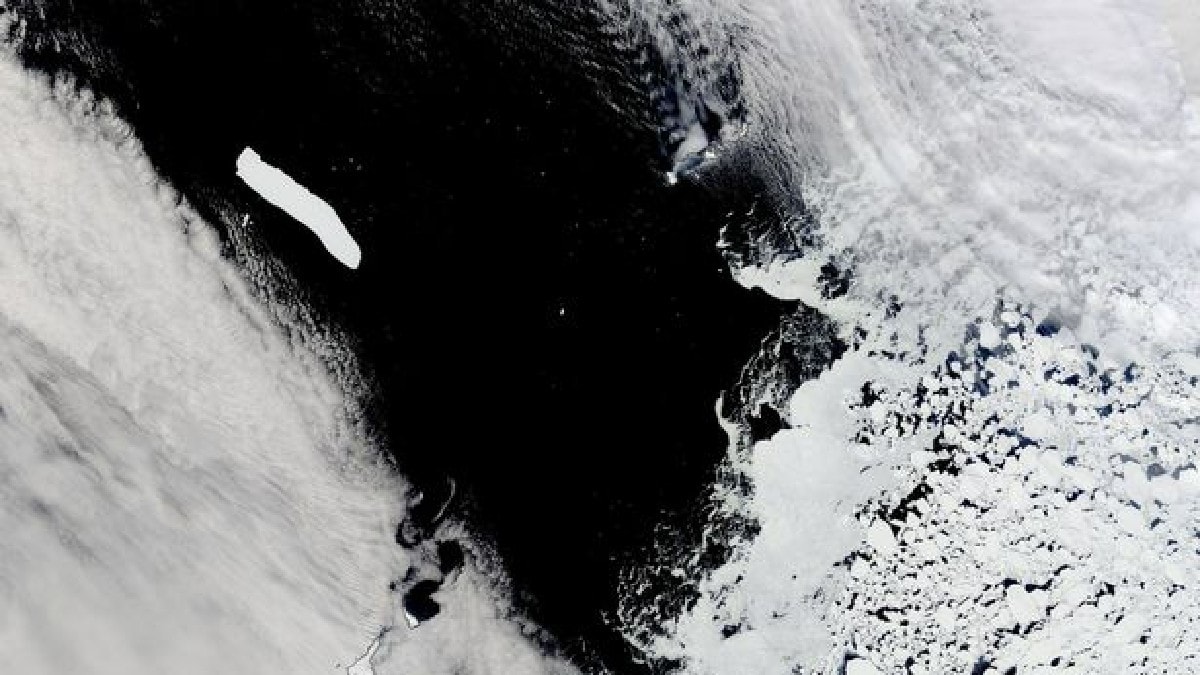 Global warming has worried the whole world. Huge mountains of ice, glaciers are cracking. An information received from the US space agency NASA is more disturbing. The agency has told that the world’s largest iceberg is about to end due to flowing in hot water. The name of this Antarctic iceberg is A-76A, which is more than twice the size of the city of London. NASA’s Terra satellite took this picture in October. A floating piece of ice can be seen in it. According to the information, A-76A is the remaining part of the iceberg, which was the largest floating iceberg in the world’s oceans.

Mirror UK According to the report, its name was A-76 iceberg, which broke from the Ronne Ice Shelf present in Antarctica. Then it was the largest iceberg on earth. The very next month, the record for its largest iceberg was broken, as the iceberg broke into three parts.

The largest of the three pieces was the A-76A iceberg. It is said to be now flowing about 2,000 kilometers away in the Drake Passage. NASA is observing this iceberg. The agency does not know where the iceberg will stop or where it will flow next.

In June 2021, the US National Ice Center reported that the A-76A iceberg is twice the size of the City of London. It is 135 km long and 26 km wide. In October this year, it was revealed that the iceberg is still in the same shape. in august this year Report It was found that climate change is rapidly weakening the giant blocks of Antarctica’s floating ice and causing a tremendous rise in sea level.