Another “magic” technology from Nvidia, only now for lowering the resolution. NVidia DLDSR also requires a GeForce RTX graphics card 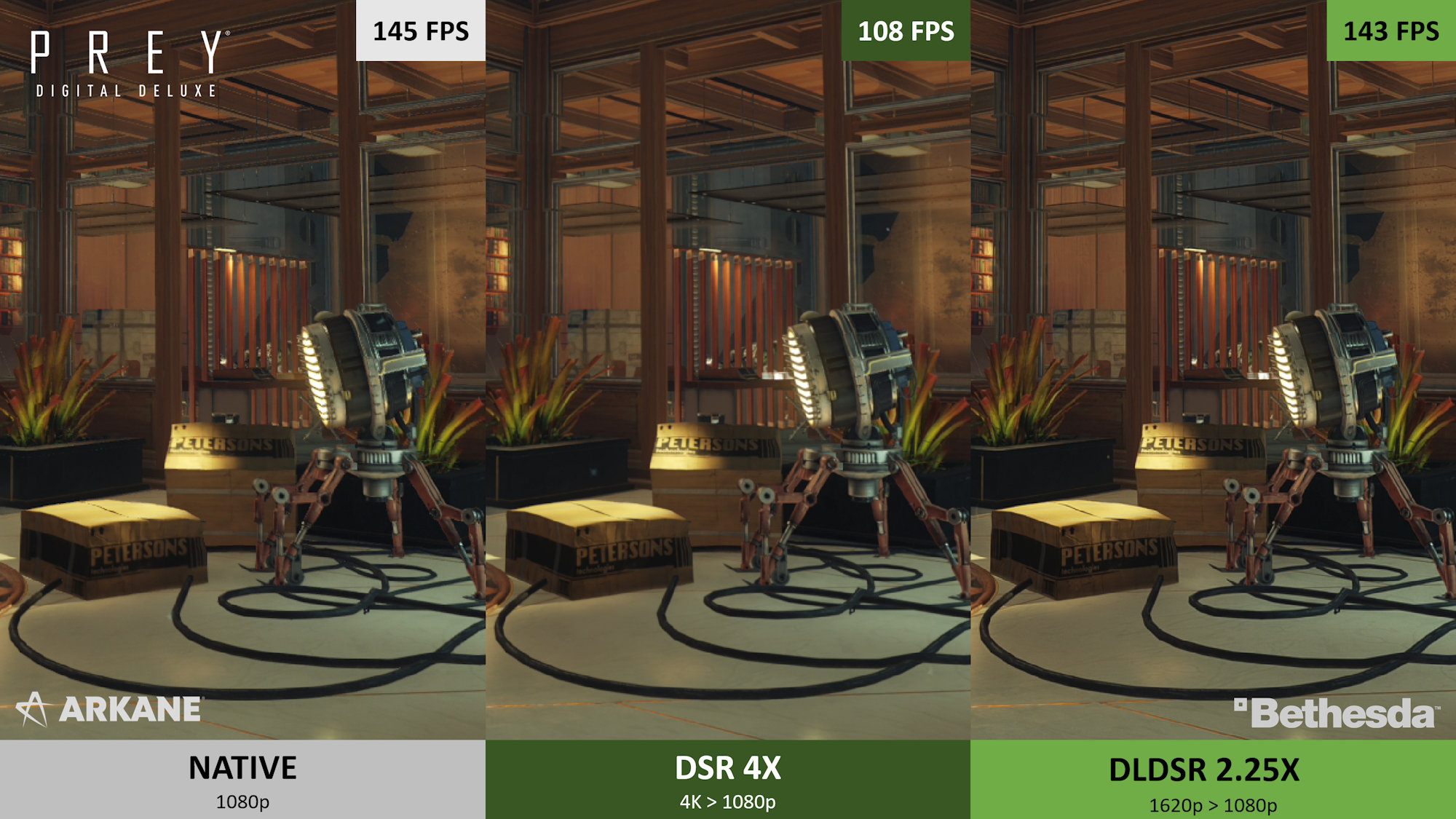 Nvidia has unveiled yet another image enhancement technology based on machine learning. It is called NVidia DLDSR (Deep Learning Dynamic Super Resolution).

And if the well-known DLSS is an upscaling technology, that is, increasing the resolution through AI, then with DLDSR the opposite is true. In fact, this is the same long-standing DSR (Dynamic Super Resolution) downscaling technology, but using AI.

That is, the image in the case of DLDSR is initially formed at a resolution higher than the monitor resolution, and then reduced using machine learning. The result is an increased clarity relative to the original picture and an increased performance relative to DSR thanks to AI. But it is the use of AI that limits the technology exclusively to RTX cards with tensor cores.

At the same time, at least in the screenshot provided by Nvidia itself, the picture with DLDSR looks better than with DSR, despite the initially lower rendering resolution.

The new technology will become available to owners of the corresponding graphics cards on January 14, when Nvidia will release a new graphics driver.