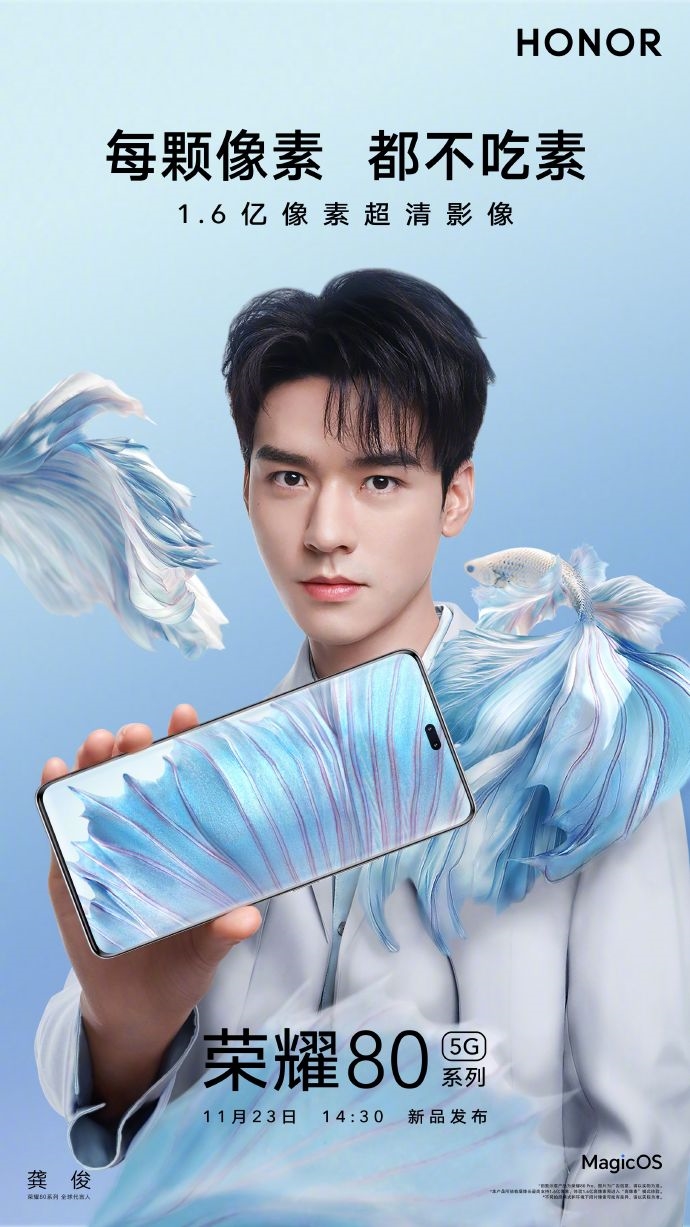 Honor has officially confirmed that the Honor 80 series will come with a 160-megapixel main camera. So far, there have been no smartphones with similar cameras on the market.

A well-known Digital Chat Station insider stated that this sensor is very similar in performance to a 200-megapixel image sensor. In October of this year, the 200-megapixel Samsung ISOCELL HPX sensor was released in 1/1.4-inch optical format.

According to previous reports, the Honor 80 series will be launched in three versions, including Honor 80 SE, Honor 80 and Honor 80 Pro, which will be equipped with MediaTek Dimensity 1080, Qualcomm Snapdragon 778G+ and Snapdragon 8 Plus Gen 1 SoCs respectively.

The presentation of the Honor smartphone line is expected on November 23. At the same event, the manufacturer will make several more announcements.