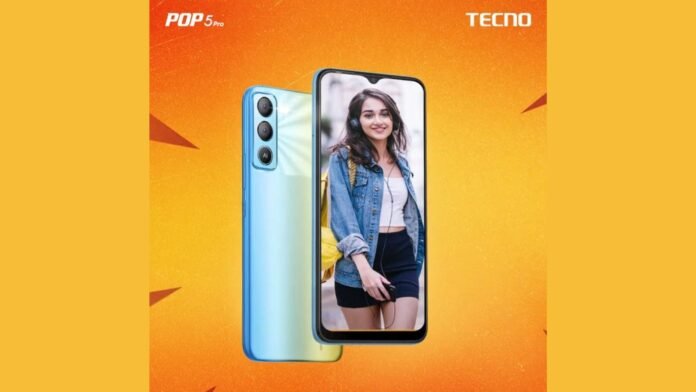 Tecno has confirmed the upcoming launch of a new smartphone. According to Tecno India’s official Twitter page, the company will soon launch a model called Tecno Pop 5 Pro in the country.

Short video teasers shared by the brand confirm that the phone will ship with an 8MP camera and a 6000mAh battery. In addition, it can be seen that he received a keyhole neckline and a large chin. There is a triple main camera on the back panel.

According to PassionateGeekz, the Tecno Pop 5 Pro budget phone will feature a 6.52-inch HD+ display, MediaTek Helio A22 SoC, 2GB of RAM and 32GB of flash storage.

The upcoming Tecno Pop 5 Pro will be the second Pop series smartphone in India after the Tecno Pop 5 LTE which debuted in the region last week.