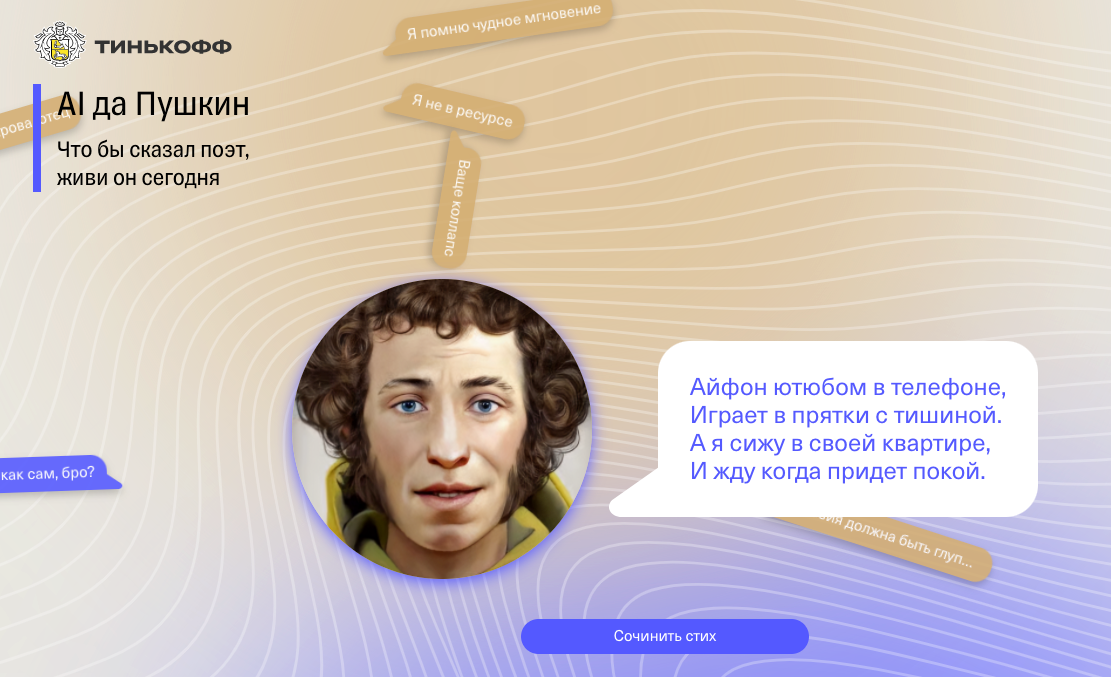 The Tinkoff Bank team continues to develop the ecosystem. This time, in order to “pump” developments in the field of neural networks, the project “AI yes Pushkin».

According to the developers, a model was developed especially for the project, which allows to revive the visualization of the most famous Russian poet, familiar to everyone since childhood. The neural network has learned to correlate the sounds of spoken speech with the facial expression and facial expressions of the speaker.

The generative poetic model, which is trained on the works of Alexander Sergeevich Pushkin and more than 60 million filtered quatrains from the Poetry.ru resource, is responsible for the variety of formulations and the selection of rhymes in the poems composed by Pushkin. VoiceKit, Tinkoff’s proprietary voice technology, is responsible for pronouncing the poem aloud, which allows you to synthesize voice, convert text to voice and vice versa.

On the project website, you can test “AI yes Pushkin”. In the input line, you can write any phrase up to 30 characters, or speak it into the microphone. Next, artificial intelligence will process it and select a poetic ending for it in a modern way, and the “revived” Pushkin will read the resulting work aloud. As the developers promise, the “neuropoet” generates a new poem every time.