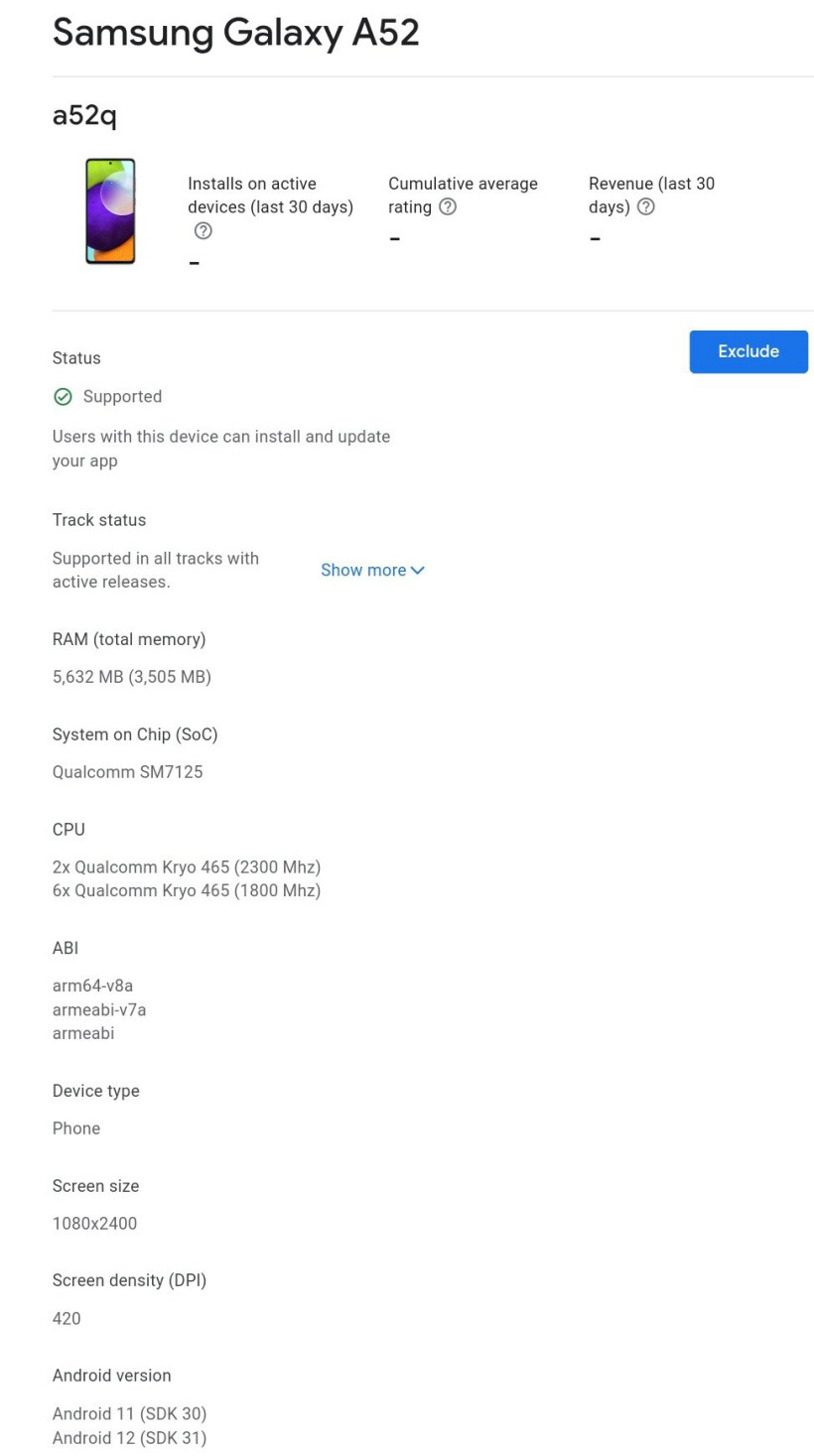 According to the source, Samsung has updated the description of the Galaxy A52 and Galaxy A72 smartphones on the official website – now Android 12 appears in the software list. Also in the Google Play Console, both of these models are represented by two operating systems – Android 11 and Android 12. Obviously, Samsung is already completely testing Android 12 for its hit mid-range models, and its final version is just around the corner.

As of now, Android 12 has been confirmed for four Galaxy A series models: Galaxy A72, A52, A52 5G, A52s 5G. This does not mean that the same Galaxy A32 will not receive Android 12, it just will be released for this model later. As for the four “confirmed” models, Android 12 is expected for them in February.