And they say that video cards began to get cheaper. AMD Instinct MI210 GPU is priced at $16,500 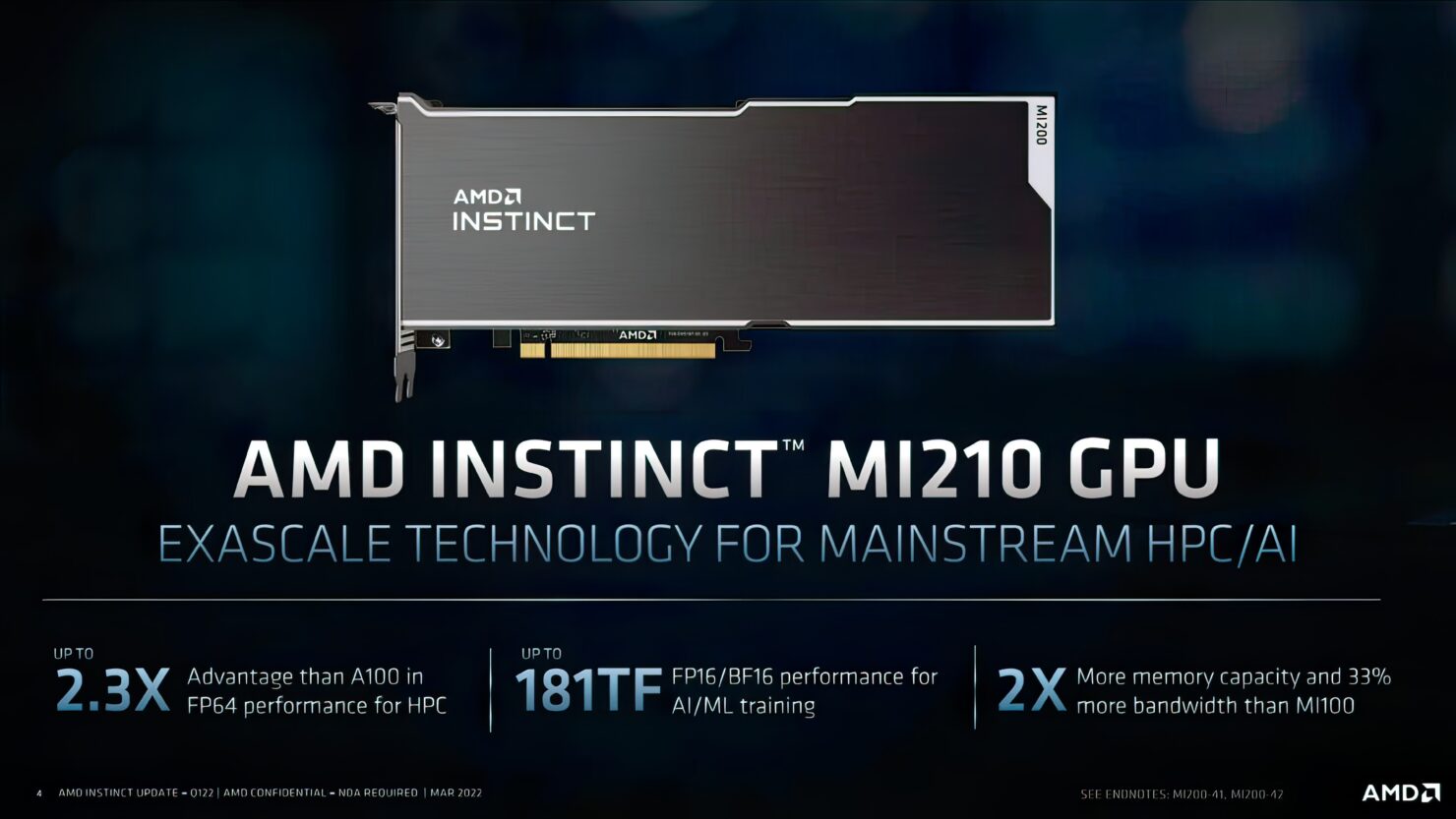 At the end of March, AMD introduced the Instinct MI210 for high-performance computing (the so-called HPC segment). Then all the characteristics were published, but not the price. Actually, there is no official cost even now, but the Japanese resource revealed the amount for which the Instinct MI210 is ready to sell. And it is certainly impressive: $16,500.

Japan has high taxes, because equipment and components are usually more expensive there than in other countries, but even with this in mind, you can think that the official cost of the Instinct MI210 will exceed $10,000. However, for a highly specialized model, this is quite normal.