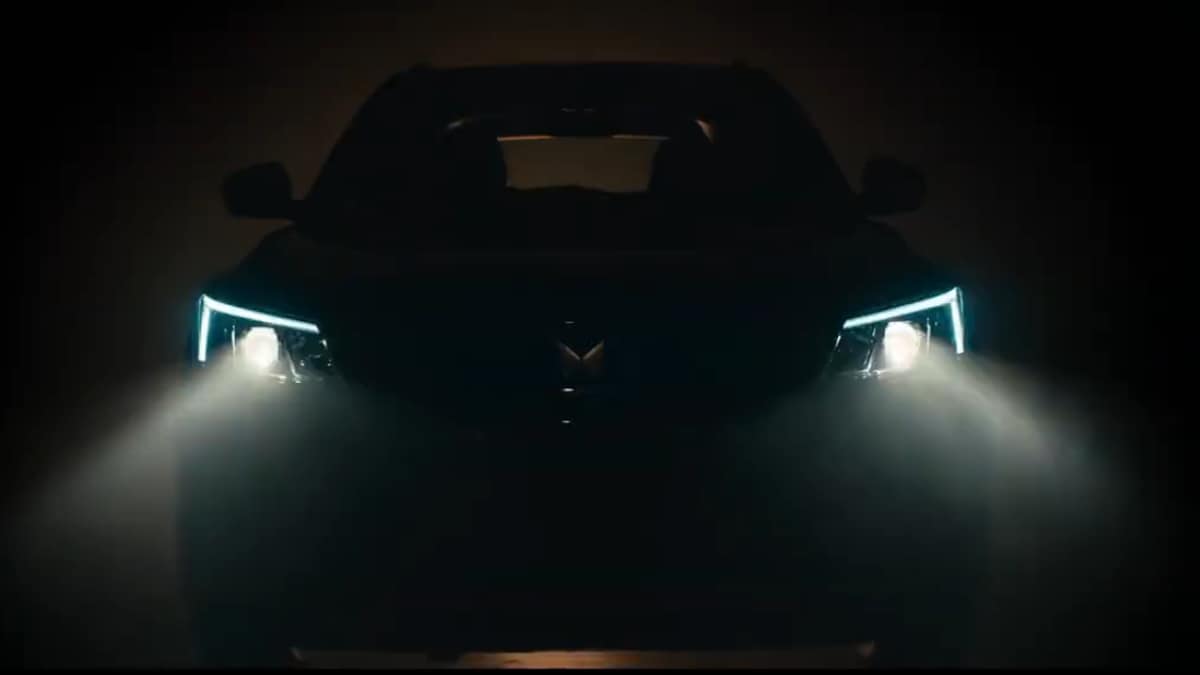 Anand Mahindra has shared the teaser of the upcoming XUV400 electric car on Twitter. Although the teaser does not reveal the design or any specifications of the car other than the confirmation of the name and launch date, but from the front light flashing in the dark, it can be inferred that this electric car was shown at the 2020 Auto Expo eXUV300 Electric. matches the concept.

Some of the key features of the eXUV300 included top-mounted L-size LED DRLs, sleek headlamps, close-off front grille, body cladding, rear spoiler and sharp tail lamps. At the same time, in the teaser of XUV400, we get to see the charging port and grille, in which the company’s twin-peak logo is visible. The grille is closed, as it is obviously an electric car, which doesn’t have an engine inside the bonnet, thus eliminating the need for an air intake.

The new XUV400 may come as an electric version of the XUV300, but the name is different perhaps because the company wants to differentiate this car from the XUV300 compact SUV. One reason for this is that the upcoming electric car could come with a length of 4.2 metres.

Right now the range and power of this car is not officially known, but since the XUV400 will compete directly with the best selling Tata Nexon EV in the electric car market, it will not be wrong to speculate that Mahindra will call the range of this car as Nexon EV Max. Will try to keep it around. The original Nexon EV has a full charge range of 312 km and the Max model has a range of 437 km.