Anand Mahindra tweeted this amazing video of ‘e-mobility’, millions have seen it; Know what is so special about it 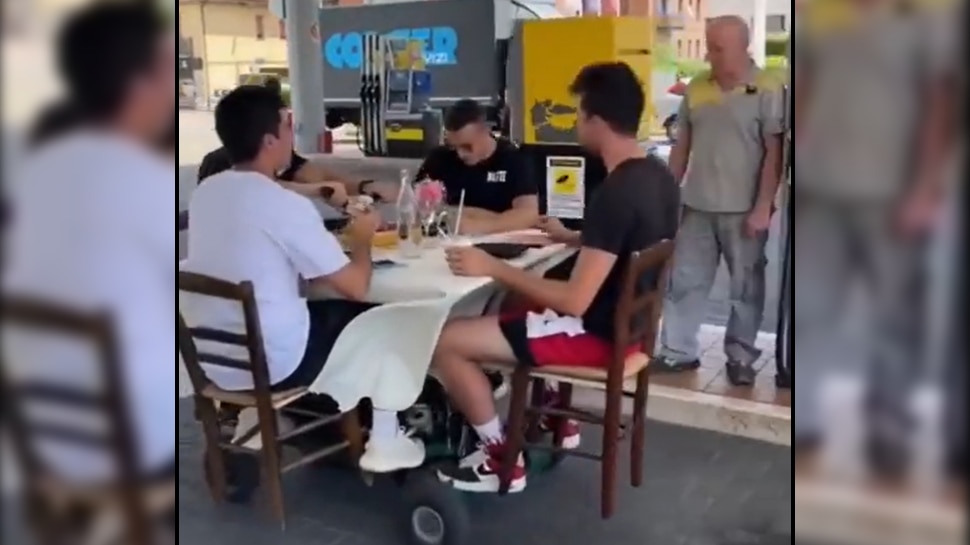 Anand Mahindra’s Tweet: Anand Mahindra , chairman of Mahindra & Mahindra, is very active on the social media platform Twitter. He makes many tweets every day and many of these tweets are such, which people also like very much. Now people are liking a video tweeted by Anand Mahindra. This video has been viewed more than 1.2 million i.e. 12 lakh times and more than 27 thousand Twitter users have liked it. Now you must also be thinking that what is so in this video that so many people are watching and liking it. So let’s first tell you about this video and then we will show the video too.

I guess this is e-mobility. Where ‘e’ stands for eat… pic.twitter.com/h0HKmeJ3AI

In the video tweeted by Anand Mahindra, four boys are eating while sitting at a dining table, but this is not an ordinary dining table. This is a movable dining table, sitting on which the four boys reached the fuel refilling station while eating and got the fuel refilled in the dining table. After this, he went ahead while eating food. Let us tell you that the wheels were fitted under this dining table and an engine was also fitted at the bottom, due to which the wheels are being driven. Anand Mahindra tweeted this video and wrote, “I think this is e-mobility. Where ‘e’ means to eat…”

Significantly, there is a lot of focus on e-mobility in the country. All automakers are working on e-mobility. Mahindra also manufactures electric vehicles and is planning to launch many new electric cars soon. First of all, the electric version of the XUV 300 can be launched. However, there is no official information regarding the launch date yet.