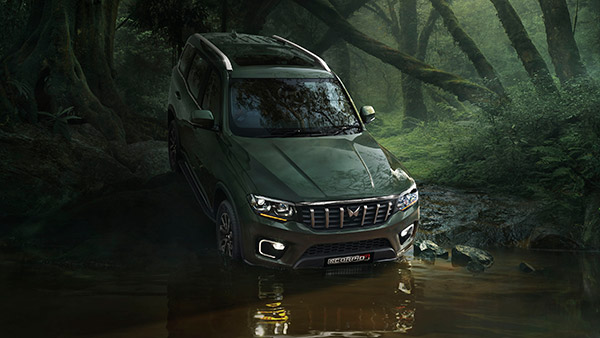 Actually, Anand Mahindra has bought a red colored Scorpio-N. Taking delivery of the SUV, he shared a picture of himself on Twitter and wrote, “Today is a very special day for me, today took delivery of the new Scorpio-N. You can suggest a good name for it.”

It is not known which variant of the Scorpio-N he has bought. Please tell that Anand Mahindra has also been the owner of the first generation Scorpio. He bought the Scorpio for his own use when it was first launched in India.

Anand has also been the owner of Mahindra Alturas G4, TUV300 Plus, Bolero Invader and TUV300. Talking about Mahindra Scorpio-N, its nationwide delivery has been started from 26 September. The Scorpio-N has been brought in both petrol and diesel engines. Its 2.0 turbo petrol engine produces 200 Bhp of power along with 270 Nm of torque. At the same time, the 2.2-litre turbo diesel engine is available in two state options. Its lower version provides power of 132 bhp and torque of 300 Nm. Whereas its higher version generates 175 bhp and 370 Newton meter torque. It has the option of 6-speed manual and 6-speed automatic.

The Scorpio-N is built on an all-new platform that features an attractive design, thrilling performance, state-of-the-art technology and comprehensive safety equipment. In just less than 30 minutes after the bookings for Mahindra Scorpio N started, it had got over 1,00,000 bookings.

Mahindra Scorpio-N sports a ladder frame chassis instead of a monocoque chassis. This makes the Scorpio N a much rougher and tougher off-road SUV as compared to the XUV700. This SUV will not disappoint those who love off-roading.

With the launch of new SUV models this year, Mahindra SUV has managed to attract the customers. Mahindra has registered 34,508 units of SUV sales in the domestic market last month. The company has sold 21,654 units more as compared to September last year registering a growth of 168.27% on a year-on-year basis.