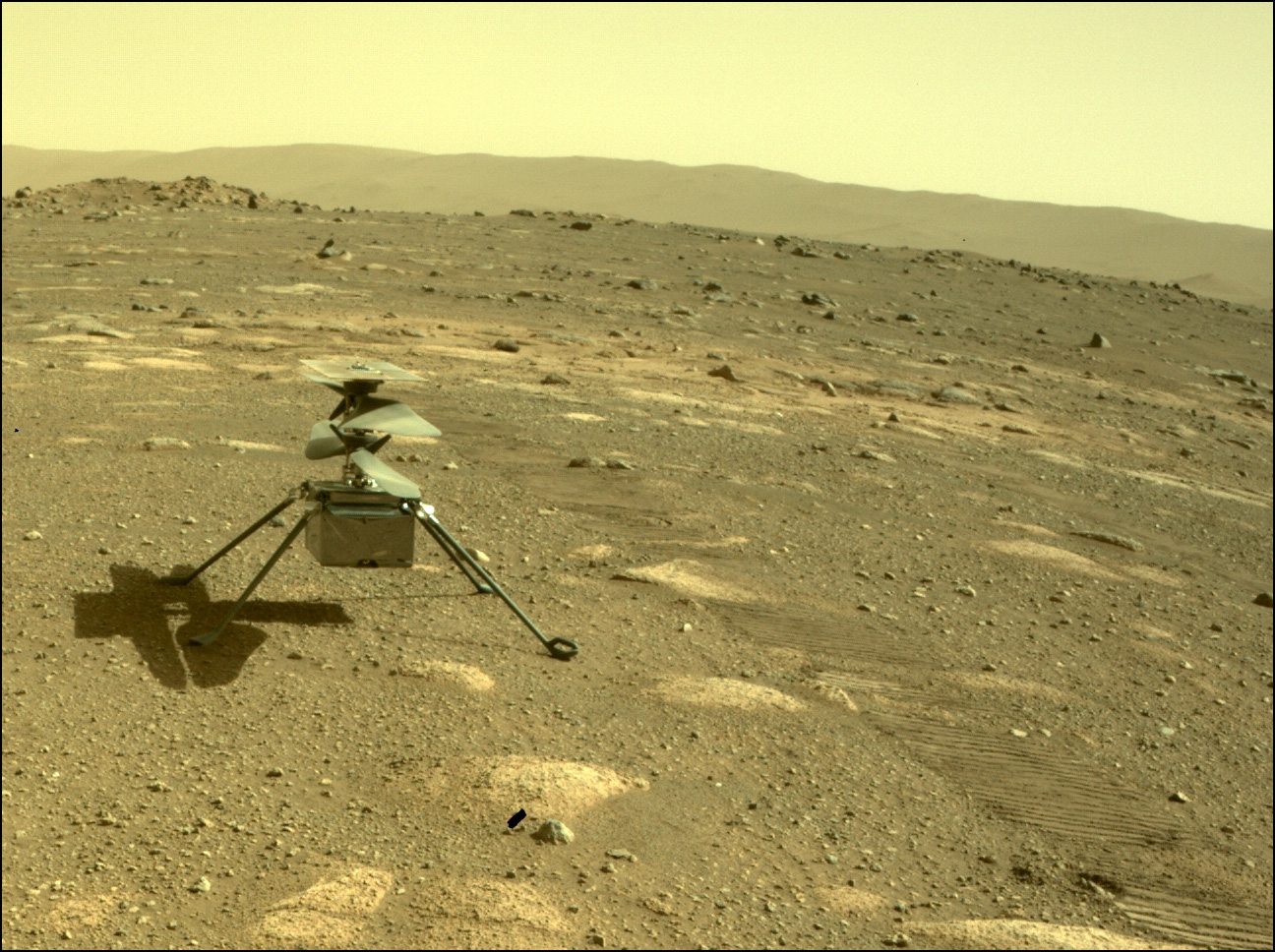 The Mars Helicopter Ingenuity has returned to work, having recently completed its 33rd flight. He covered more than 111 meters in just under a minute, while the helicopter headed for the Lake Delta to join the Perseverance rover.

During this flight, the camera detected an unidentified object that caught on the leg of the helicopter. The researchers noted that the so-called fragment (foreign object debris, FOD) is not a part of a helicopter, so it currently remains a mystery what kind of object it is.

The image below was taken with a helicopter navigation camera called Navcam. You can almost see the helicopter legs in the corners, there is a small piece of debris in the upper right corner that looks like a package. NASA says they have no idea what the object is or where it came from.

NASA has confirmed that this object was not visible during the previous helicopter flight. But in the end, he separated from the support of the helicopter and fell back to the surface during the flight.

All flight telemetry data and post-flight search and transmission are nominal and do not show any signs of damage to the vehicle. The Ingenuity and Perseverance Mars 2020 teams are working to identify the source of the debris.