An oval cutout appears on the iPhone 14 screen. Bloomberg claims 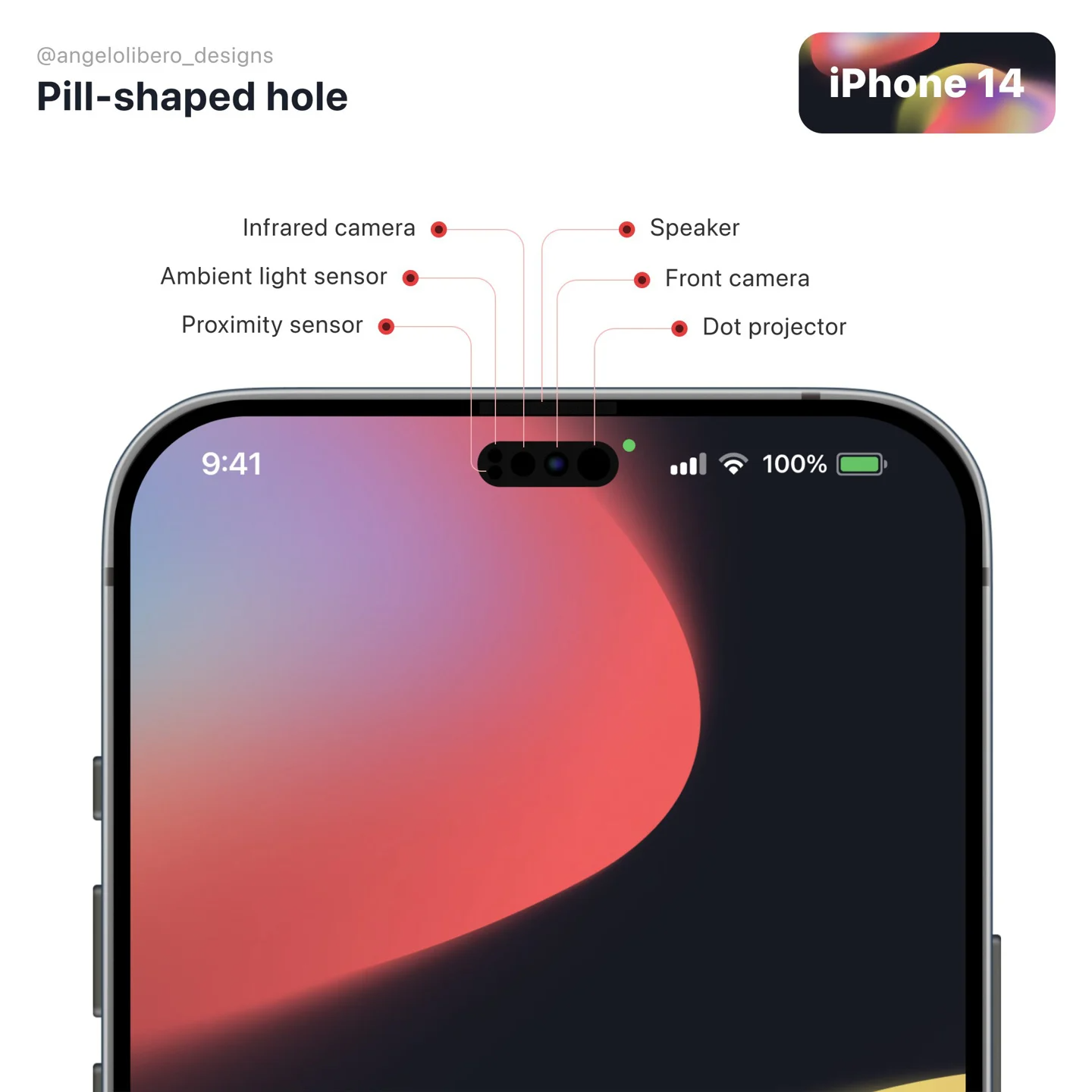 Mark Gurman of the authoritative publication Bloomberg said that the iPhone 14 series smartphones will not have the usual cutout (bangs) in the screen. Instead, phones will have an oval shape at the top of the screen.

Apple previously said that the bangs are needed to accommodate the sensors needed for the front-facing camera as well as Face ID. So it will be interesting to see how the Cupertino tech giant manages to address this issue.

South Korean edition of The Elec also claimed that the iPhone 14 Pro and 14 Pro Max will have a new cutout. Apple analyst Ming-Chi Kuo agrees with the same prediction, and he was one of the first to make this statement.

Apple first introduced bangs in 2017 with the iPhone X, and it has remained largely unchanged since then. It is believed that the iPhone 14 and iPhone 14 Max will retain the bangs, but the Pro models in this series will come with a new oval cut.

Usually, real images of new iPhone smartphones appear at the beginning of the year, long before their presentation, so it is quite possible that the new product will look as shown in the render.