An eight-month experiment simulating the work of a space expedition on a circumlunar orbital station is being completed in Moscow. It was attended by Roscosmos, NASA, ESA 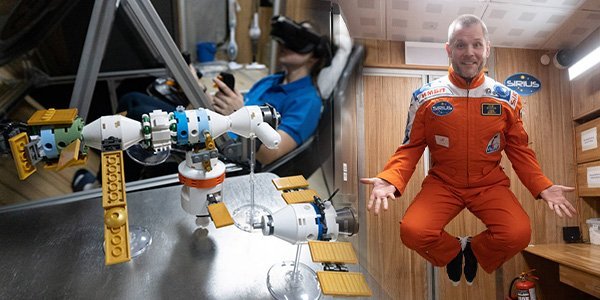 Five members of the SIRIUS-2021 crew, after 240 days in isolation, will leave the ground-based experimental complex of the Institute of Biomedical Problems of the Russian Academy of Sciences today.

“July 3, 2022, exactly at 13:00, the SIRIUS-21 space experiment ends, in which five members of the international crew (three men and two women) spent 240 days in conditions that simulate the work of a real space expedition on a circumlunar orbital station and the surface of the Moon. The crew will leave the “spaceship” and return to Earth”– the press service of the institute reported.

Volunteer testers from Russia, the USA and the United Arab Emirates during the “expedition” conducted more than 70 experiments in various areas, such as psychology, psychophysiology, physiology, sanitary hygiene, microbiology, biochemistry and others. In addition, the crew carried out operations to land on the moon, exit to the lunar surface in special spacesuits and control the rover.

The SIRIUS-21 experiment is the third stage of the international project SIRIUS (Scientific International Research In Unique terrestrial Station). The project is being implemented within the framework of the concept of the International Center for the Development of a Biomedical Support System for Interplanetary Flights and is being carried out in Moscow on the basis of the Institute of Biomedical Problems.

In 2023, the annual SIRIUS isolation experiment on the simulation of deep space flight starts in Russia.