An Airbus A380 flew for 14 hours with a hole in its skin. Emirates flight successfully reaches Brisbane from Dubai 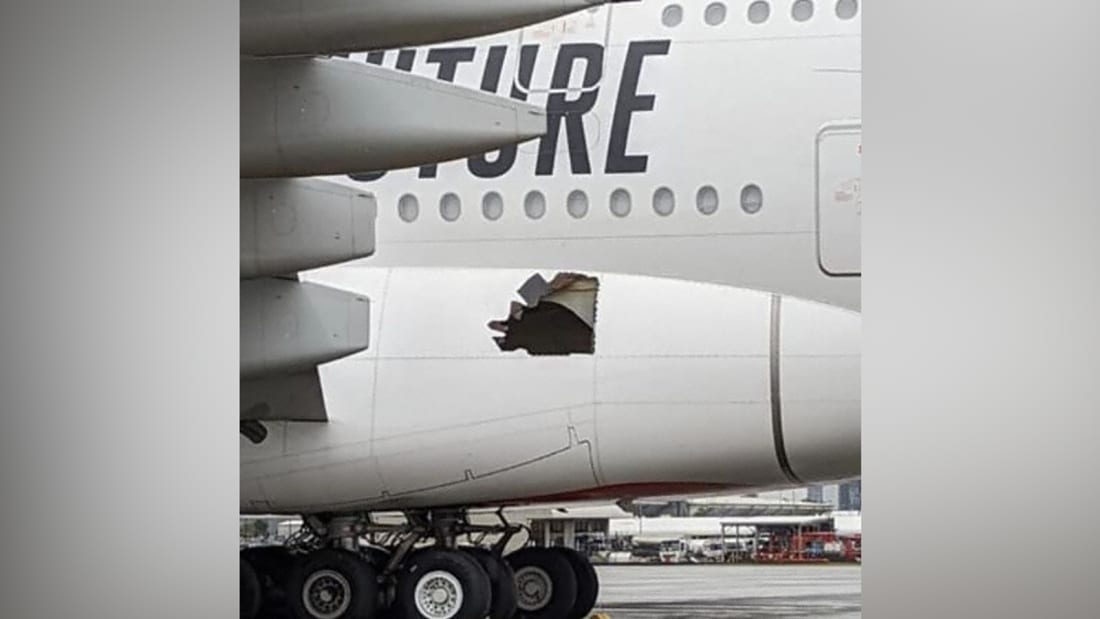 Modern aircraft are remarkably reliable—and, as the July 1st incident demonstrates, they can even fly with a hole in their skin. The Airbus A380 spent 14 hours in the air and successfully made it from Dubai to Brisbane in Australia, with the opening clearly visible in the picture below.

The skin reportedly collapsed as a result of a tire explosion caused by a “technical failure” during the flight. It is not known exactly when the “hole” formed, but it is assumed that it happened at 45 minutes into the flight.

“At first it was just scary. The flight attendants realized that something serious could have happened and immediately contacted the cockpit.”Andrew Morris, professor of English at Loughborough University in the UK, described the incident on Twitter. “Shortly after that, they returned to normal. Their calm demeanor was reassuring – they knew it wasn’t a disaster.”.

And indeed, no catastrophe happened, the plane landed at the destination airport in the normal mode.