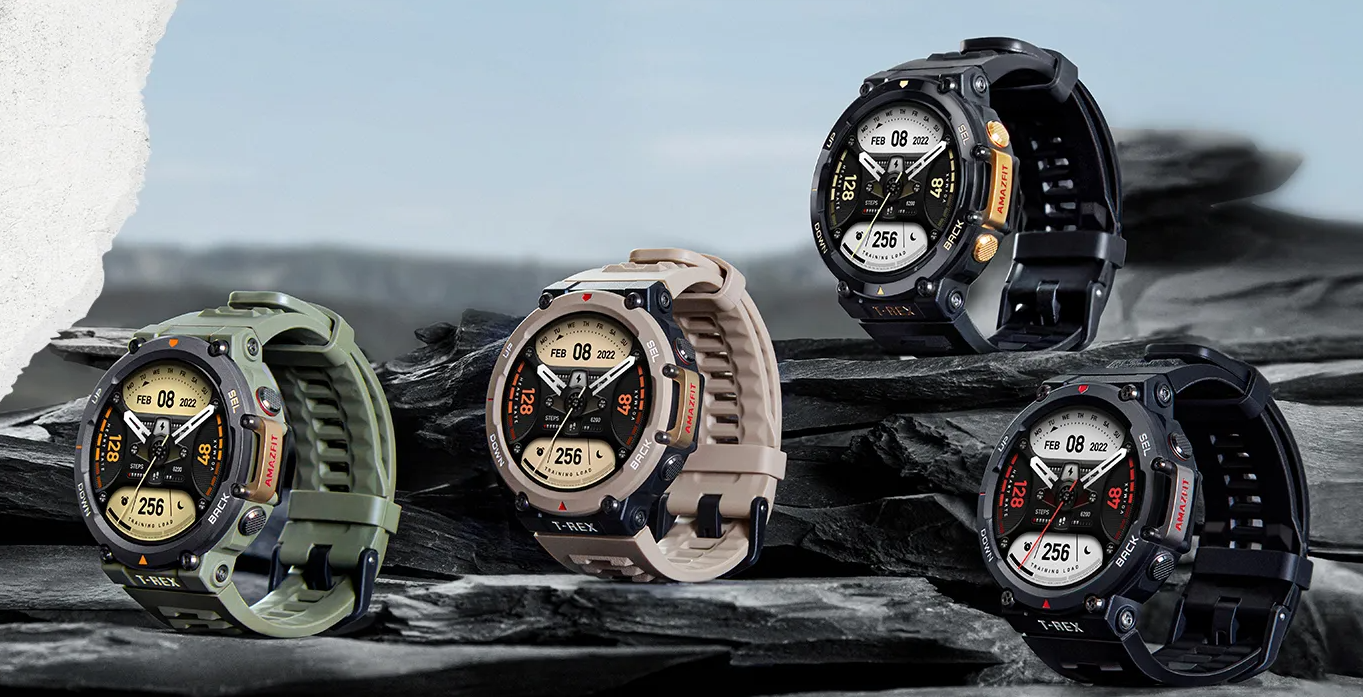 Huami has announced the start of sales of Amazfit T-Rex 2 rugged smartwatches in the Russian market.

Russian users can get Amazfit T-Rex 2 at the recommended retail price of 16,990 rubles in CSN and Svyaznoy stores. Four color options are available on the international market, but in Russia the watch will appear only in two colors – black and black-gold.

For this money, the user receives a multifunctional watch that is resistant to environmental influences. According to the manufacturer, Amazfit T-Rex 2 has passed 15 army-level tests and can work in hot deserts, humid rain forests and polar glaciers. Declared frost resistance down to -40 °C, heat resistance up to 70 °C, resistance to freezing rain, resistance to salt spray, shock resistance. Water protection (10 ATM) is also implemented, the manufacturer promises the ability to withstand water pressure at a depth of up to 100 m.

Amazfit T-Rex 2 has over 150 sports modes. You can create custom workout templates for eleven sports on the Zepp App, and interval training templates directly on the watch. Works dual-band positioning and support for five satellite navigation systems. The battery life reaches 24 days.

Among the characteristics – a 1.39-inch AMOLED display with a resolution of 454 x 454 pixels, a 500 mAh battery, heart rate and SpO2 sensors, a compass, a barometer, an altimeter, support for GPS, Beidou, GLONASS, Galileo and QZSS, Bluetooth 5.0 BLE.