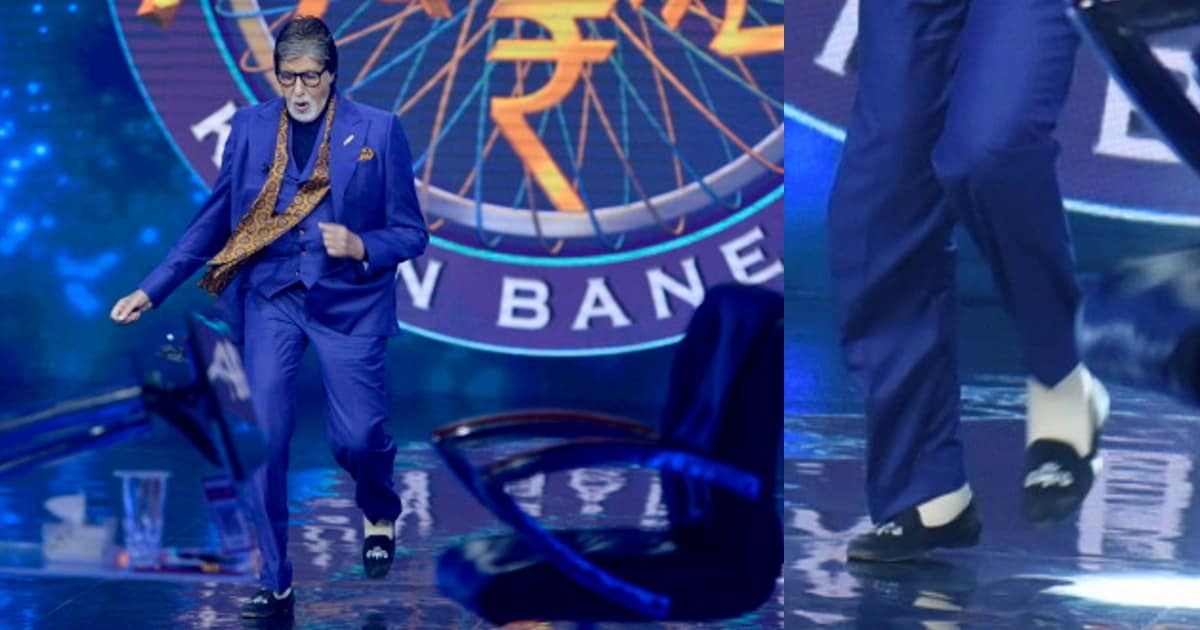 Famous actor Amitabh Bachchan was admitted to the hospital a few days ago. He himself has given this information through one of his blogs. In fact, this incident happened with the megastar on the set of his popular TV show ‘Kon Banega Crorepati 14’, where suddenly his left leg vein was cut, after which he had to be hospitalized.

Amitabh Bachchan in his blog post I told that in the set of ‘Kaun Banega Crorepati 14’, his leg vein was cut. In the blog, he also told that after the injury, he was taken to the hospital, where his injury was stitched. He further confirmed that he is completely fine now. Before the arrival of this blog, this information was not available on social media, but after the publication of the blog, his fans on social media were very worried.

Amitabh Bachchan told that on the sets of ‘Kaun Banega Crorepati 14’ a piece of metal had entered the shin of his left leg, due to which the vein there was cut. He wrote in the blog, “Bleeding started from the leg as soon as the vein was cut. However, somehow I was taken to the doctor, where my injury was stitched. With the help of hospital staff and doctors, the injury was treated on time. Gone.”

He further wrote, “Told that I have to take care of myself while shooting for KBC. But I will try to host the show with the same spirit.”

He has also told that the doctor has strongly advised him not to run on the treadmill at all. He wrote, “The doctor told me not to stand for long. Not to walk too much and not to exercise on the treadmill. This injury will leave some scars on the body. God help.”