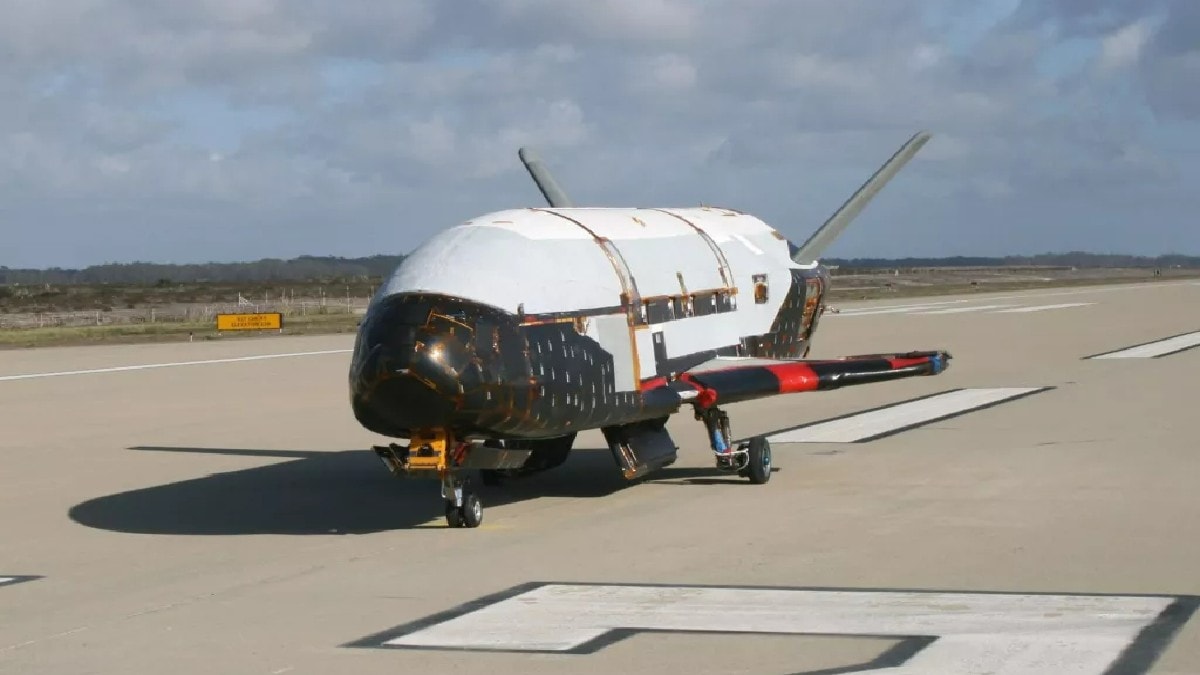 The US Army’s robotic space plane ‘X-37B’ landed on the ground about three years ago. After that this space plane was launched again on 17 May 2020. Now this robotic space plane is ready to set a new record of staying at altitude for 780 days. This reusable plane has just completed 774 days. This unmanned space plane helps scientists recover their experiments in space. The last time the US Air Force’s Research Laboratory completed its experiments by flying the X-37B. He was helped to retrieve small satellites.

of the information accordingThe X-37B space plane has completed many missions. As part of its fourth mission, this plane remained in orbit for 718 days. The most recent mission was launched into orbit on 17 May 2020. It is claimed that this time an experiment is to be done to convert solar power into radio frequency microwave energy with the help of space plane and a small satellite named FalconSat-8 is to be deployed.

This spacecraft will also study the seeds that are being used to grow food in space. The special thing is that there is no information about when this mission will land on Earth. It is said that many more experiments are yet to be completed with the help of this spacecraft.

The exact date of the mission to land on Earth is still unknown and there are many experiments to be done which are still to be classified. This spacecraft is seen as a mystery. Not much information is shared by the US Space Agency or Air Force about its design etc.

Current information suggests that this spacecraft has been made by Boeing. X-37B is an unmanned spacecraft. It can operate in low-Earth orbit at a distance of 240 to 800 kilometers above the Earth. It is the first spacecraft, after the Space Shuttle, to bring experiments back to Earth. No other country has information about such a spacecraft yet.