American S-400 assassin rocket: everything you wanted to know 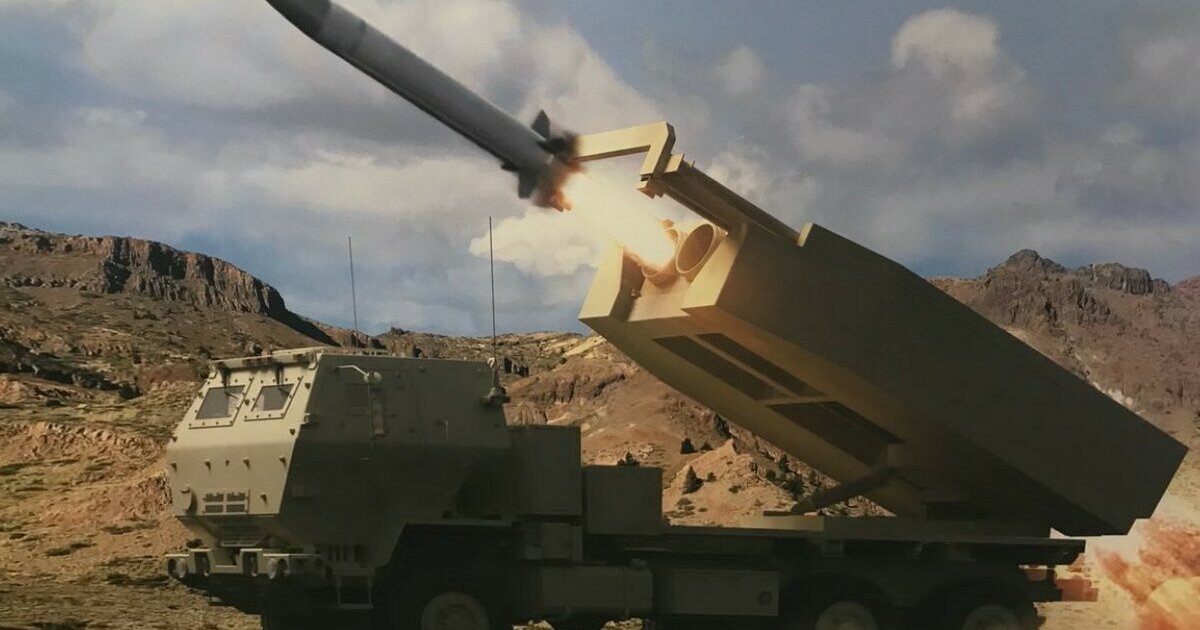 Has the United States conducted a series of successful tests of a new generation of tactical missiles? Are they catching up with the Iskander or want to surpass them? The arms race is in full swing.

No one initially set such goals, but the growing tensions with the “most likely opponents” forced the Americans to develop heavy weapons again. The policy of Russia, and even more so of China, has long called into question the military dominance of the United States after the collapse of the USSR.

Now the Pentagon, which has spent trillions on unpopular, and, as a result of now, useless wars, suddenly realized that the weapons systems in comparison with the enemies (those who are stronger than the bearded men in slippers) modernized sluggishly, and even began to lag behind in a number of industries.

The injection of money into advanced weapons intensified under Trump, but is still not slowing down. In September-October, tests of the new operational-tactical missile system Precision Strike Missile (PrSM) were completed.

Operational-tactical missiles and what they are eaten with

The first ones perform exclusively tactical tasks, for example, light Grad (Tornado-G), medium Hurricane and heavy Tornado, as a rule, even Tornado does not operate further than 90 km, fire several rockets in a salvo, covering areas, pinpoint “sniper” hitting in their competence is not included.

The Strategic Missile Forces have intercontinental-level missiles, these are Doomsday weapons, that is, what no more than a dozen countries on the planet (+/- North Korea) from the nuclear club can use to fight. Such missiles can easily destroy entire cities.

But operational-tactical complexes serve the ground forces, being the most powerful weapon there when you need to reach the enemy at a distance of over 100 km to 500 km (if we are talking about a modern Russian complex of this class Iskander). Taking into account the fact that they have a very heavy warhead (150-500 kg), they hit with high accuracy (up to several tens of meters) at such operational targets:

And this class is also important for the first strike during the escalation of the conflict (the beginning of the “military showdown”), they are the first threat to the structure of air and missile defense.

Well, do not forget that they are entrusted with the tasks of a preventive strike, that is, shooting at equipment of the same type on the side of the enemy.

Also, operational-tactical complexes serve as an analogue of nuclear weapons for non-nuclear countries, as a deterrent for banana dictators, and they are well traded in them. For example, outdated Soviet Scud before the collapse of the Union, they served about thirty countries, and more modern Tochka complexes for today – about ten.

Fans of your count-of-deuteys and battlefields about modern wars can remember a bunch of missions where you need to get to such weapons faster than a dictator who has moved on will release them around the neighbors.

Russian Iskander is the leader in the class, but this is only for now

During the years of Perestroika, in addition to the reduction of strategic weapons, operational-tactical, that is, medium-range missiles, were also reduced, this was served by the INF Treaty.

On the American side, the treaty was carried out … well, slowly, because the Americans really wanted to keep the opportunity to strike at opponents within the radius of action of just such systems for a longer time.

The Iskander missiles were Putin’s response, who finally withdrew the country from the treaty, after which Russia began to deploy Iskander missile battalions near its western borders:

Iskander-M– uses a high-altitude super-maneuverable rocket with a ceiling of 50 km, equipped with stealth technology for radar, built-in electronic warfare (jamming) system, with a distance of up to 500 km.

Iskander-K– despite the difference of only one letter, this is already a different system, it already works with cruise missiles flying at an altitude of 6-10 meters (blind zone for air defense of the Patriot type), skirting the terrain. Their range raises questions – officially 500 km, only according to the calculations of all experts, they can actually be over 2000 km. But the 500 range helps the weapon stay formally within the deterrent rather than offensive class. In short, horsepower tricks when chip tuning your turbo crossovers.

Warheads in Iskander-K with an extremely diverse filling – cluster warheads, concrete-piercing warheads for bunkers and simply deeply buried objects, high-explosive fragmentation. And, they talk about nuclear – up to 50 kilotons of power.

Accordingly, apart from the nuclear arsenal, the Russian Iskanders are one of the most itchy ass topics for NATO military personnel. But if you thought that they were going to endure it further, then in vain – they were not going to endure.

The fact that the Americans decided to seriously update the arsenal became known back in 2017, and Lockheed Martin was puzzled by this, as usual. The new missile system was supposed to replace the MGM-140 ATACMS, which today lags behind life both in range (300 km maximum radius), in accuracy, and in missile capabilities in overcoming missile defense / air defense systems.

In November, the Americans conducted new tests of the Precision Strike Missile system for hitting long-range targets, previously the missile produced impressive accuracy rates at a distance of 83 km, 200 km and then 300 km.

But these are seeds. Due to the fact that international treaties limit this class to 500 km, the descriptions indicate a maximum radius of 499 km. At the same time, the Americans checked that the rocket can show at distances above 500 km. These results, of course, are classified, but the reaction of the military makes it clear that everything is very, very good.

What does it give in the bottom line? Opportunities to hit Iskanders (and their variations among the Chinese) at distances that are beyond their reach, and feel unpunished when shooting air defense / missile defense systems. The speed of missiles at the threshold of hypersound, over Mach 5, helps in this, which surpasses the detection capabilities of systems such as S-400 and S-300. And since the INF Treaty has long been out of date, they plan to increase the distance to 1800 km.

The control system provides for the architecture of open systems, which allows the complexes to be integrated into existing digital control systems and to interact with other branches and types of troops.

1) Two shots of PrSM per launcher, radius from 60 to 500 km(potentially more)

2) Open systems architecture, the complex is modular and easily expandable

4) Speed ​​up to 3-5 Mach, depending on the combat load and the type of ammunition

Today, PrSM is viewed as a deterrent. Or, if China launches an attack on Taiwan – superiority over the army and navy of China, so the complex is also being tested for integration into naval weapons systems.

It is supposed to use new weapons from aircraft С-130 Hercules, which will be able to deliver tractors with missiles to the island airfield, work out targets and leave the position so that China can neither track the location of American operational missiles, nor counteract them, much less hit them (neither before nor after launches).

What do we end up with? The Americans have created a response to Iskander, which is in many ways superior to the Russian complex, and plans to soon equip their European and Asian bases with them. The latest tests, presumably, gave the Pentagon confidence in the choice of the Lockheed Martin system, so by 2023 they will completely re-equip the missile units of the army and navy.

If those nuggets of information about the PrSM that already exist are reliable, some types of its missiles are capable of operating in modes when they become practically invulnerable to the most advanced air defense systems in the S-400 class today. Therefore, most likely we will have another arms race in the future, because Russia’s almost ten-year superiority in the class of intermediate-range operational weapons is now in question.