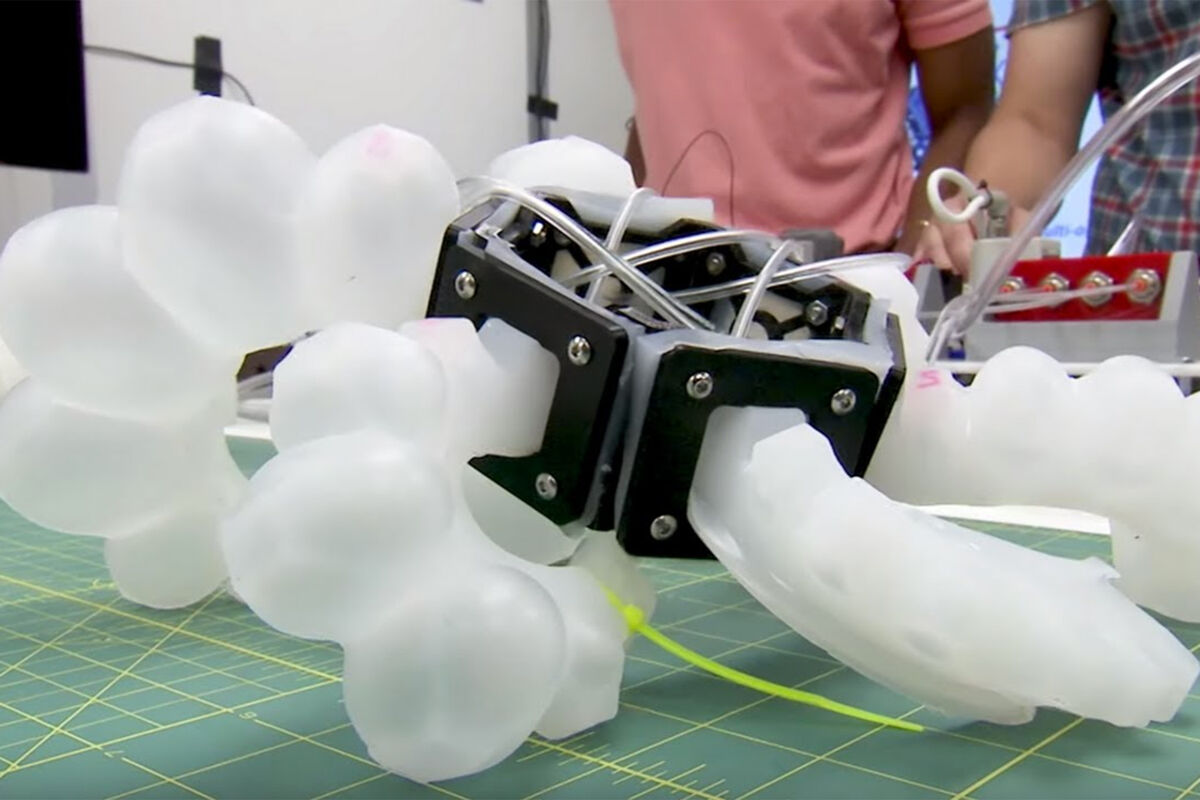 US engineers have created an artificial “heart” to power soft robots, which use fluid channels to deliver energy to moving parts. The pumps to move this fluid are often so bulky that they have to be placed outside the robot, but the new design is quite compact and suitable for “implantation” inside the robot.

Scientists from Cornell University and the US Army Research Laboratory have been able to create a powerful soft and small deformable pump for this purpose. It is driven by hydrodynamic and magnetic forces.

“Soft pumps work much like human hearts and arteries that circulate blood. Previously, we have already presented blood for robots. The combination of these two elements can make cars more realistic.”— said about the invention, Professor of Cornell University Robert Sheperd (Robert Sheperd).

The new pump is based on a soft silicone tube, on which a wire is wound as a magnetic coil. There is a magnet inside the tube. Depending on how the magnetic field is applied, the magnet can be moved back and forth like a piston to push through liquids such as water and low viscosity oils.

According to the authors, the performance of the pump and the pressure it creates are about 100 times greater than other soft pumps. Now scientists hope to create a soft robot built around this artificial “heart”.

Soft robots are created from soft materials similar to the tissues of living organisms. Unlike traditional rigid robots, soft robots provide increased flexibility and adaptability in performing tasks, as well as increased safety when working near people.