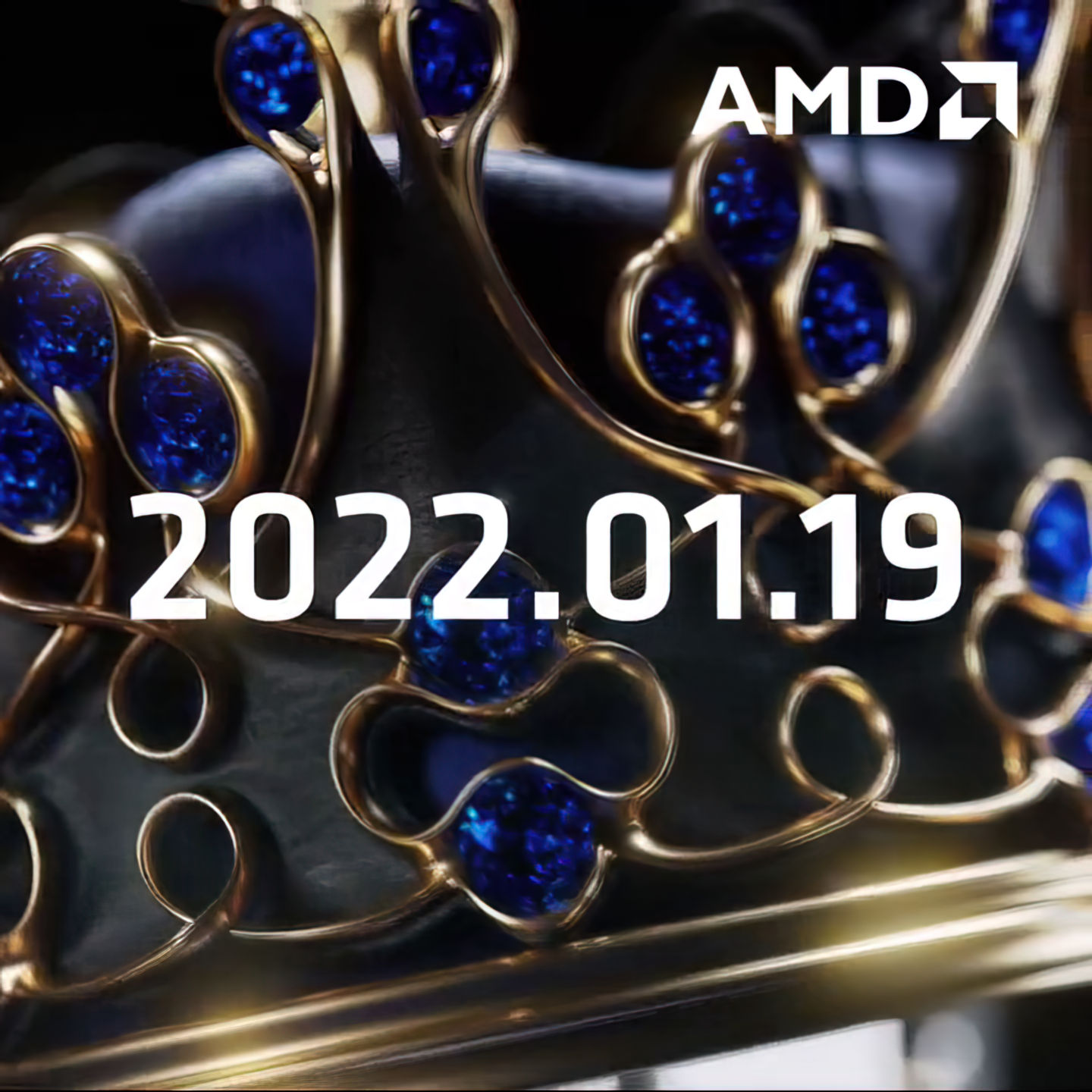 AMD has unveiled many new mobile 3D accelerators at CES 2022, as well as the desktop Radeon RX 6500 XT floppy graphics card. And now it’s time to introduce the new product of the professional Radeon Pro line. She, according to official teasers, will debut on January 19th.

The teaser images show a golden crown adorned with blue gems. This could be seen as a hint of a new flagship model, but no: according to the source, the company will introduce an entry-level Radeon Pro W6400 graphics card based on the Navi 24 GPU, which will compete with the budget Nvidia T600 3D card for workstations, which will 2D modeling and video editing are performed: for work with three-dimensional graphics, the Radeon Pro W6400 will still be weak.