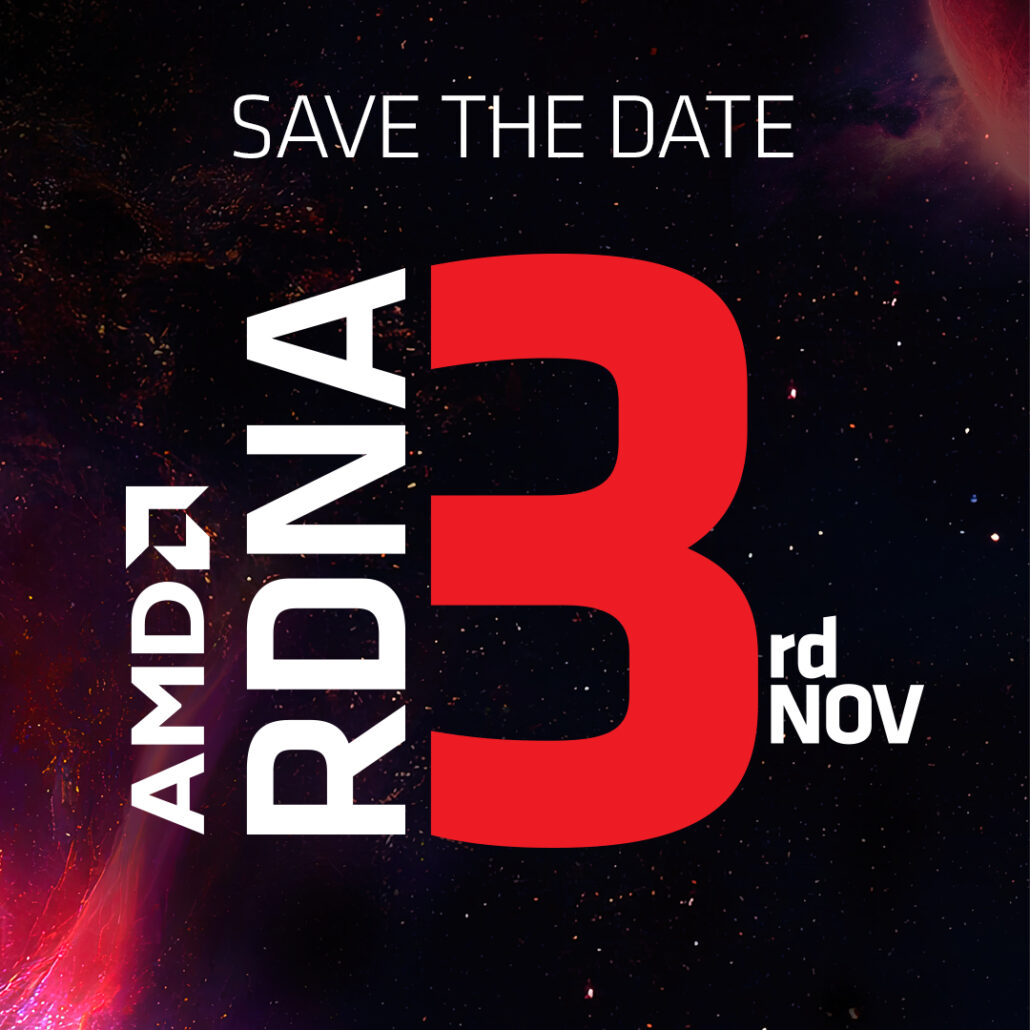 AMD today officially announced the date for the announcement of video cards based on the RDNA3 architecture – they will debut on November 3rd. It is this architecture that will form the basis of the expected Radeon RX 7000 3D accelerators, which will fight the GeForce RTX 40.

AMD has already noted that RDNA 3 models will be much faster than current graphics cards. Thus, the increase in efficiency (performance per watt of energy expended) will be more than 50%. GPUs of new models will be produced according to the 5 nm process technology, there will be more chiplets (at least in top models, while WGP modules will be used instead of CU computing units), and the amount of Infinity Cache memory will increase.

Three GPUs are expected in the series: Navi 31 (top-end), Navi 32 (mid-range) and Navi 33 (entry-level). But, of course, there will be more models of video cards.