AMD is giving away games again. Buying a Ryzen 7000 will get the upcoming Star Wars Jedi: Survivor 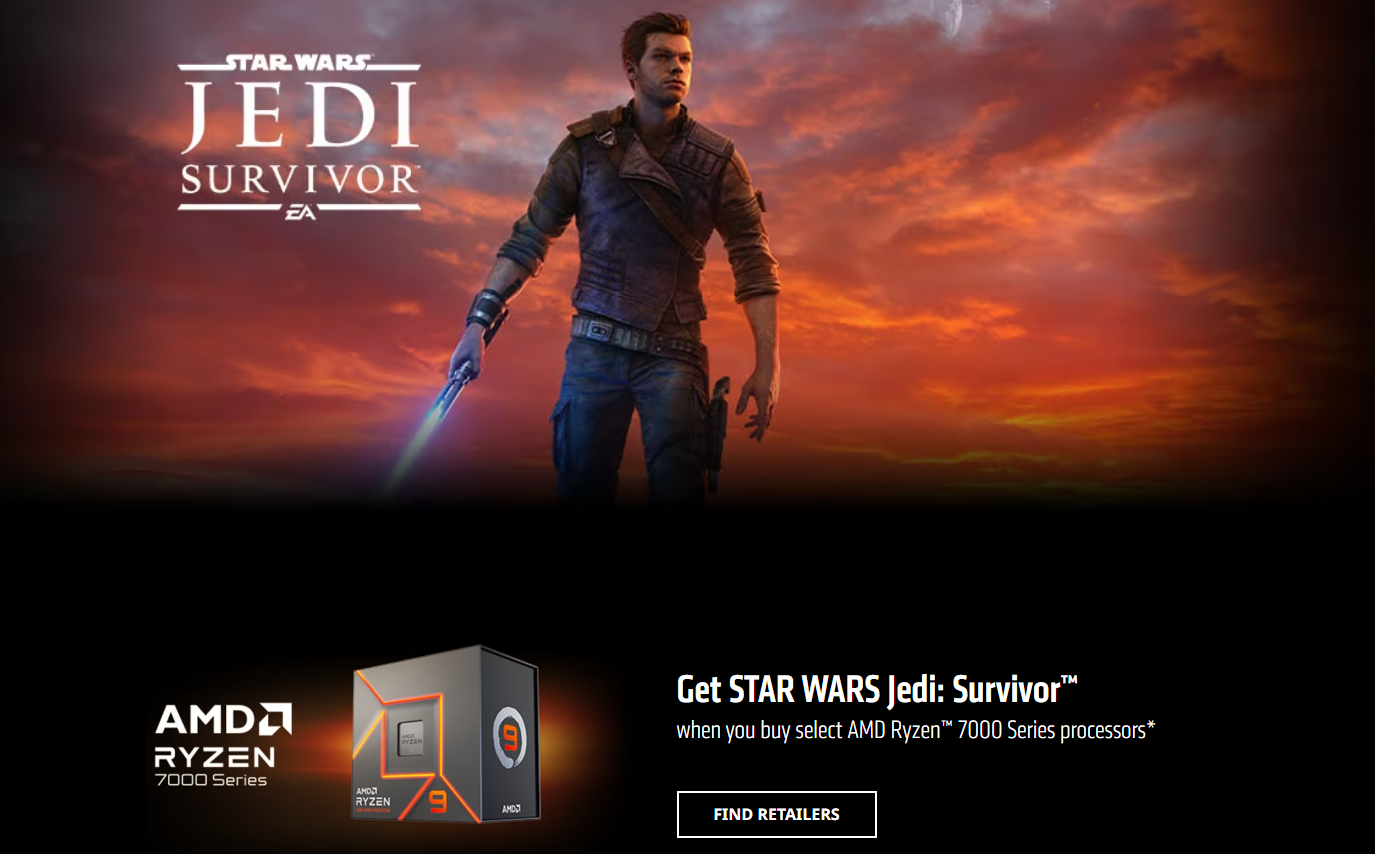 AMD has clearly decided to focus on gift games when promoting its processors and video cards. Starting today, customers who purchase the latest Ryzen 7000 CPUs will receive a copy of Star Wars Jedi: Survivor.

As in the case with Company of Heroes 3which was given in Japan when buying a Ryzen 5000, as well as The Callisto Protocol and Dead Island 2, which could be obtained with the purchase of the Radeon RX 6000, Star Wars Jedi: Survivor has not even been released yet. The project will be released on March 17, that is, AMD again gives a very sensational and expensive game, which is not yet available at the time of the launch of the promotion. At one time, giving away games when buying video cards was the norm for manufacturers, but that was a long time ago.

Of course, buyers of new CPUs will receive a download key, so you won’t be able to play the game until it’s released. The promotion starts today and will run until April 1st. All Ryzen 7000s participate in it, including the most affordable Ryzen 5 7600 today. By the way, the recommended system requirements of the game include Ryzen 5 5600X, so any of the new CPUs will fit without any problems.