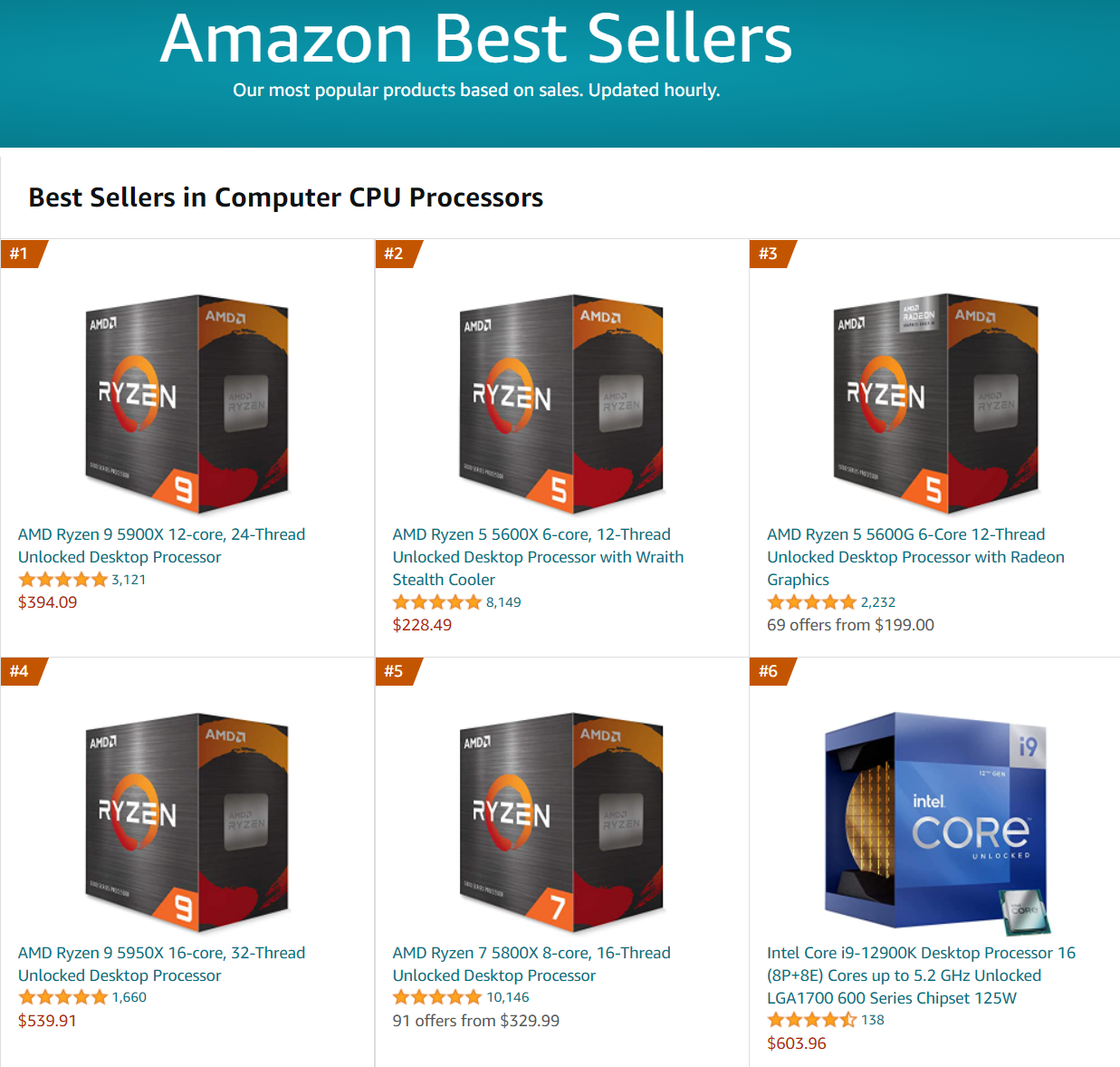 AMD has not released any new desktop CPUs to compete with Intel Alder Lake because the Ryzen 7000 is due out soon. In the meantime, the company is cutting prices on the Ryzen 5000.

Now prices have fallen in all major US networks, that is, we are talking about an initiative from AMD.

With such prices, AMD CPUs are able to compete with Intel’s new products, despite the fact that they came out a year and a half ago.