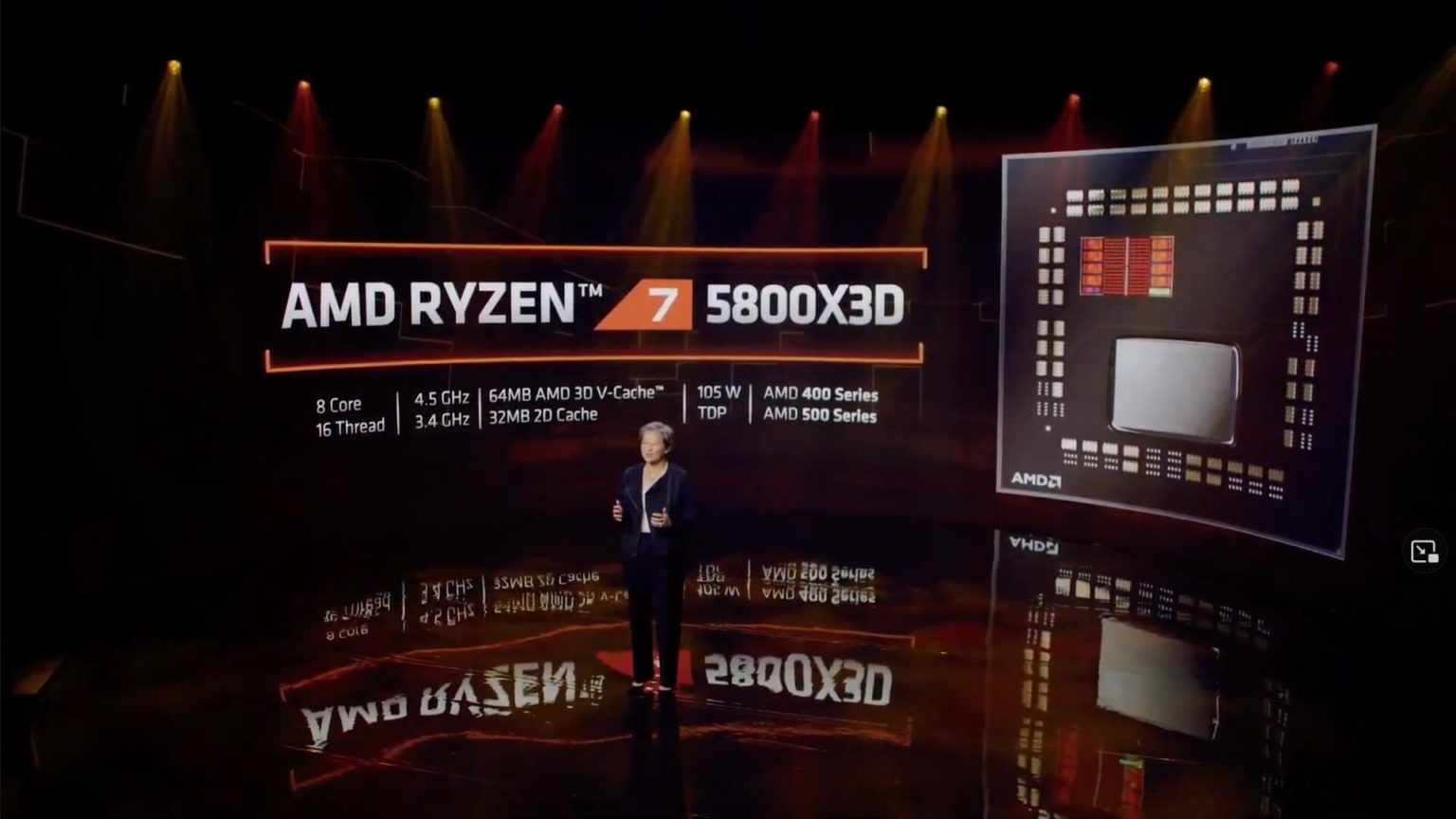 AMD today not only introduced the Radeon RX 6500 XT and Radeon RX 6400 graphics cardsbut also unveiled its most powerful gaming processor, the Ryzen 7 5800X3D, to the world. Its peculiarity lies in a giant third-level cache – 96 MB! It consists of 32 MB of regular cache and an additional 64 MB of cache (so called 3D V-Cache).

Ryzen 7 5800X3D will go on sale this spring (March-April). Perhaps AMD will also release the Ryzen 9 5900X3D, but everything will depend on how well the Ryzen 7 5800X3D competes with the top Intel Alder Lake CPUs.

AMD also confirmed the release of the Ryzen 7000 desktop processors – they will debut in the second half of this year. For the Ryzen 7000, the 5nm process technology and Zen 4 architecture have also been confirmed. We are expecting up to 24 cores operating at frequencies above 5GHz.