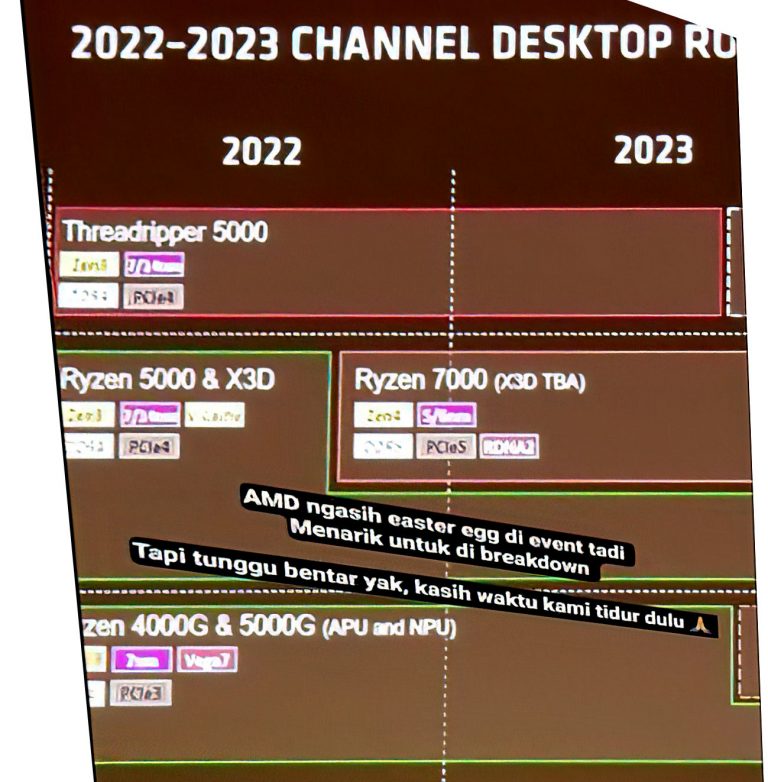 A supposedly “roadmap” has appeared on the network that shows AMD’s plans for the 2022-2023 Ryzen processor line. And so there are many interesting things.

First, the Ryzen Threadripper 5000 line will not be replaced until the end of 2023, although a more powerful version is expected after that. Secondly, AMD will continue to sell the Ryzen 5000 series along with the Ryzen 7000 this year and into 2023. The most interesting thing is that there will still be a line of processors with 3D V-Cache memory, they are marked with X3D indexes.

Additionally, AMD’s Ryzen G-Series should also get an update next year, most likely in the form of the Ryzen 7000G series. This part of the image is cropped, but there is clearly not an empty space. Their characteristics have not yet been announced, but it seems that these processors will receive more powerful video chips than the 5000G and 7000 series have. Thus, AMD is clearly not saying goodbye to socket AM4. After all, 4000G and 5000G are announced as solutions until the end of 2023.

It was previously reported that the Ryzen 7000 could be made much colder by scalping it.