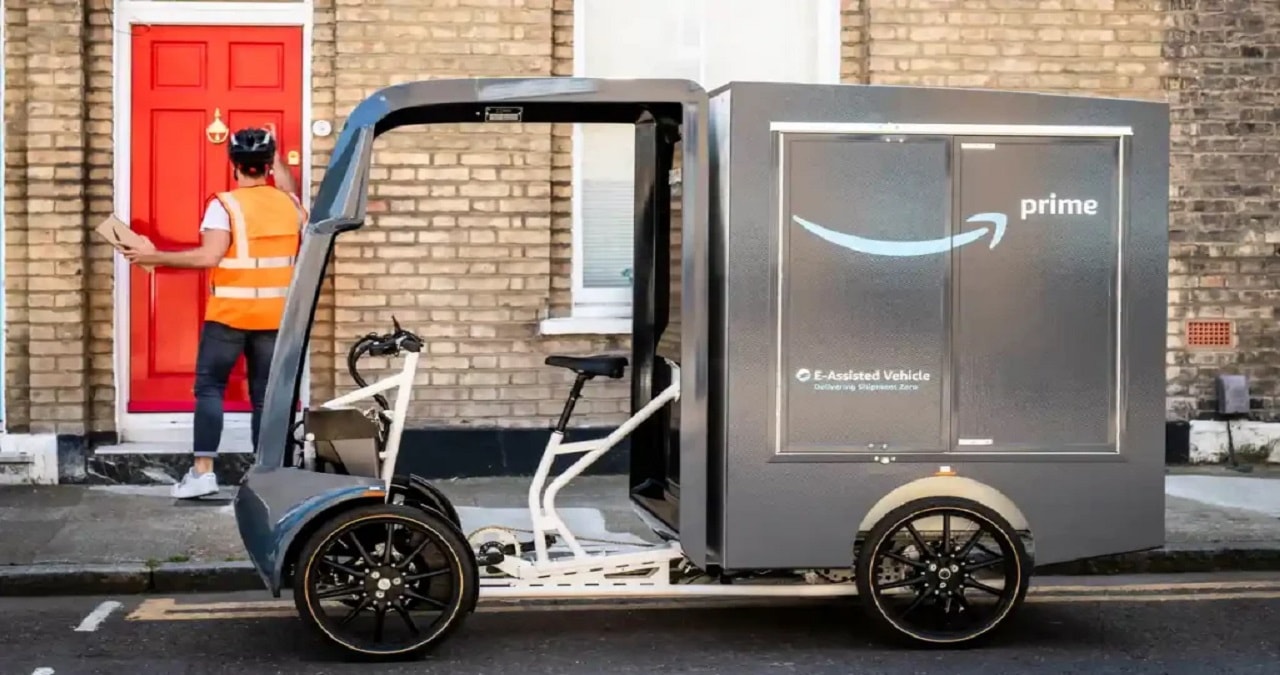 E-commerce company Amazon has introduced e-cargo bikes instead of its van delivery in London. The company has taken this step to reduce the carbon emissions made by it. Amazon is about to open a micromobility hub in Hackney as part of its effort. Amazon will replace its thousands of delivery vans with e-cargo bikes. The Hackney Micromobility Hub will be the company’s first.

It is believed that through this, up to 5 million deliveries can be done in a year. Areas covered under this will include 10 percent of London’s Ultra-Low Emission Zone Passcode District. The company also has plans for its expansion. While expanding this program, the company wants to take this to other cities in the UK as well. This is one of Amazon’s big plans to reduce carbon emissions.

These e-cargo bikes will be handled by several Amazon partner businesses. The program comes two years after Amazon became a partner in the London Wall car park project. However, this project also has time to start. According to Amazon’s UK Chief, John Boumfrey, Amazon is moving towards a global net-zero carbon status. This is reflected in the company’s plans to convert its transportation network to electric.

This program will also be extended to other areas of the lap UK. Micromobility hubs will be opened here in the coming few months. Amazon’s e-cargo delivery systems will improve the air quality of its service areas. This would be especially so for the people of Hackney, East London. The UK government is also promoting the use of e-bikes. Simultaneously, it is also looking at how infrastructure across its economy chain can help reduce carbon emissions.