Amazon Great Indian Festival sale from September 23, more than 2000 products will be launched 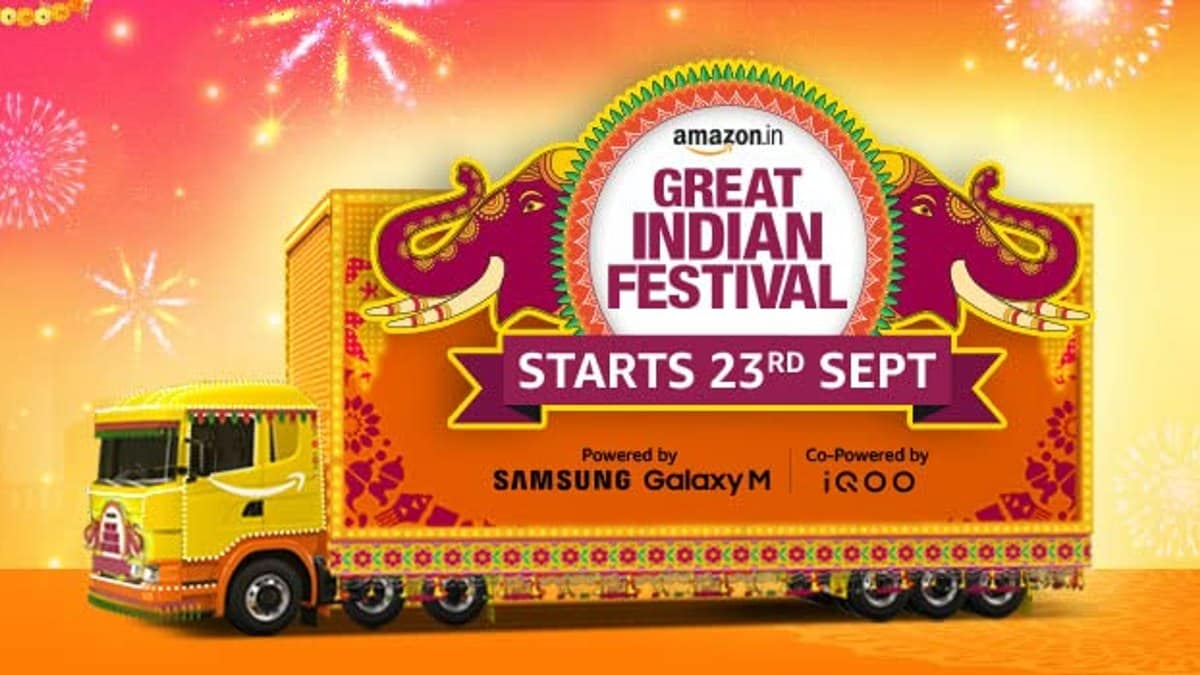 Amazon Great Indian Festival will start from 23rd September. The company said that more than 2,000 products will be launched in different categories during the sale. Apart from bank offers and exciting deals, Amazon will also run livestreams from industry experts and influencers. Special discounts will also be given during these streams.

Electronics brands like Apple, Sony, Xiaomi, LG and Samsung will launch new products in the sale. Prime members will get early access to deals, offers and discounts. The company will also offer deals on Small Medium Business (SMB) products with programs like Amazon Launchpad, Amazon Saheli and Amazon Karigar. near customers Cell There will also be a chance to win up to Rs 7,500 in rewards for making purchases on Amazon or paying bills through the Amazon Pay app. The company is also offering special discounts to Amazon Business customers.

These customers will be able to make additional savings of up to 28 percent on GST invoices. Apart from this, there will also be an additional 40 percent discount on bulk purchases of desktops, laptops, monitors, TVs and many other products. Earlier this week, Amazon announced a 50 percent reduction in fees for new sellers in India ahead of the festive season.

The company had said that new sellers who register before October 26 and start sales within 90 days will get 50 percent reduction in selling fees. Discount will be given. Amazon had said, “New sellers who register on the company’s website by October 26 will have to pay 50 percent less selling fees in all categories.” The company said the upcoming festival sale will benefit local stores, traditional weavers, startups, digital entrepreneurs and women entrepreneurs. However, Amazon has not revealed how it will help entrepreneurs and artisans during the festival sale. Along with integration for offline services, the company supports online sales of products through its programs such as local shops. Last week, the company removed the listings of seatbelt alarm blockers from its platform. These blockers set off the alarm for the seatbelts in the cars. Road Transport and Highways Minister Nitin Gadkari had asked the company to stop the sale of such blockers.