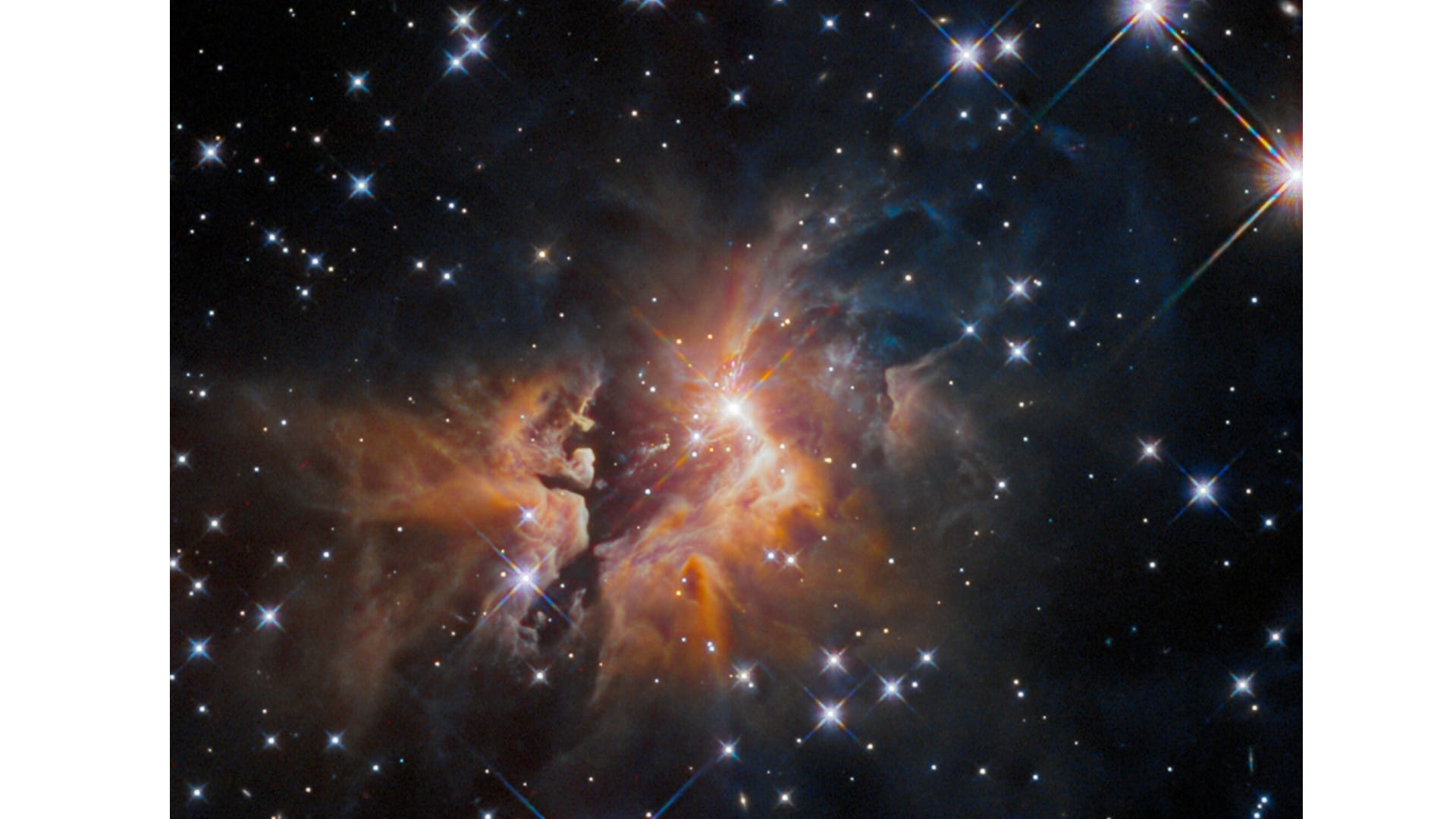 The largest telescope ever deployed in space, the James Webb Space Telescope, is providing the world with unseen pictures of the universe. It is said that in the coming time the James Webb Telescope will replace the Hubble Telescope, which has been stationed in space for the last 30 years and has shown the world the best pictures of stars, galaxies etc. It is still doing its job. Its hallmark is visible in a new image. The Hubble Space Telescope has captured a picture of a young star enveloped in a cloud of gas and dust. Researchers clicked this picture with the help of the telescope’s Wide Field Camera 3. It was detected in the constellation Taurus, about 9 thousand light years away from Earth.

This young star, named IRAS 05506 + 2414, is believed to be evidence of an explosive event caused by the collision of two massive stars. Typically a young star’s outflow of gas and dust is sent from the disk of material that orbits the star. But in IRAS 05506+2414 this material is spreading outwards at a speed of 350 kilometers per second.

To determine how far away IRAS 05506+2414 is, astronomers used Hubble’s Wide Field Camera 3. Scientists believe that from this picture they will get a good idea about the brightness and energy of the star. Which enables them to estimate the mass of the star. It is very important to know the mass of this young star to find out the source of the strange outflow.

Like this young star, scientists have recently discovered one in the constellation Taurus. baby planet was also detected. Astronomers have observed hundreds of disks in the universe, but they have never been able to observe the birth and formation of planets. “Directly detecting young planets is very challenging and so far only one or two cases have been successful,” said Fang Long, a postdoctoral fellow at the Center for Astrophysics. He said that such planets are very difficult to see because they are embedded in thick layers of gas and dust.

Instead, scientists should be looking for clues that can help them infer that a planet is developing under the cover of dust. Long began his study by re-examining a protoplanetary disk named LkCa 15. It is located in the constellation Taurus, about 518 light years from Earth. Scientists used observations from the ALMA Observatory to report evidence of planet formation in the disk.

Astronomer Long discovered two features while examining LkCa 15’s high-resolution ALMA data. It was not visible before. Long detected two bright clusters in the protoplanetary disk. Long found in his study that there is a minor planet in about 60 degrees between the two which is causing the accumulation of dust. It is roughly the size of Neptune and is between one and three million years old. That is, it is a new planet. However, due to the lack of technology, direct imaging of this ‘baby’ planet is not possible.