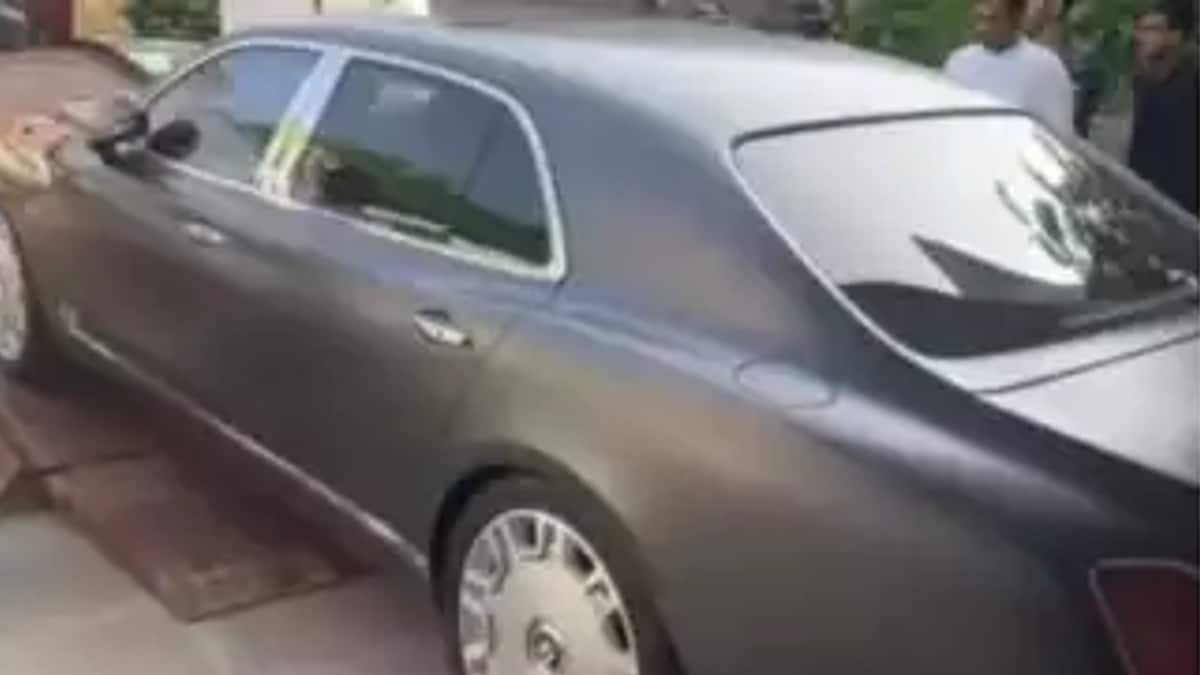 The thing that was stolen in one country was found in another country, of course, this thing will not surprise you, unless it is added that the thing stolen was a luxury car. Yes, you read it right, a luxury car worth crores was stolen in London city of United Kingdom, which was found several weeks later in Karachi city of Pakistan’s neighboring country of India, thousands of kilometers away. Let’s know the whole matter.

TOI’s accordingIn Pakistan, Collectorate of Custom Enforcement (CCE) officials recovered a Bentley Mulsanne luxury car stolen from Britain from a bungalow in Karachi during a raid. This information was given to CCE by the UK’s National Crime Agency. The report further states that on the basis of information, the concerned officials raided a bungalow in Karachi and recovered this expensive car from there. Unlicensed weapons were also recovered from another bungalow.

The Bentley car was reportedly equipped with a V8 engine and automatic transmission. Its engine number was CKB304693. According to the information, the car was found parked near DHA, Karachi. After investigation, the custom team started raids. Later it was found that the registration number of this car was also fake. The car was stolen a few weeks ago in London and the gang had brought the car to Pakistan using documents of a top diplomat from the Eastern European country. Even that diplomat has reportedly been recalled by his government now.

The FIR filed by the customs team has revealed that the price of this car is $3,00,000 (approximately 65 million Pakistani rupees). The Mulsanne car is one of the most expensive cars in Bentley’s fleet. In addition, the smuggling of the stolen vehicle resulted in tax evasion of over Rs 30 crore. The customs officer says that they are still looking for the main mastermind of the entire racket.