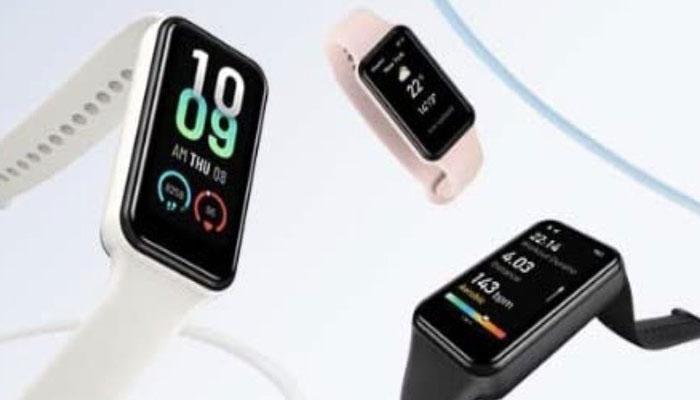 Smart Band: Amazfit is ready to launch Band 7 in the market for the customers who like smart fitness bands. It is very powerful and customers can buy it at a very affordable price.

Amazfit Band 7: Popular wearables brand Amazfit is all set to add yet another powerful fitness band to its list of fitness wearables. Actually the company has announced to launch its Amazfit Band 7 in India on November 8, 2022. Amazfit claims that the band will offer 7 to 18 days of battery life along with powerful features including 120 sports modes.

Most of the bands available in the market are very slim in size though Amazfit has opted for the Honor Band 6-style display with the Band 7. Amazfit has announced that the band will be available for purchase on November 8, 2022 at a price of Rs 2999. However, the post-launch price of the device can be increased to Rs 3499. In such a situation, customers can buy it in the introductory price until it does not increase its prices again.

The band will be sold through Amazon as well as the official website of Amazfit. The Amazfit Band 7 features a 1.47-inch HD AMOLED display, which is 112 percent bigger than the previous generation watch. The Band 7 sports an always-on display and weighs only 28 grams which makes the device extremely light. Amazfit Band 7 will get 120 sports modes. Also, it is rated 5 ATM for water protection. It also has a blood oxygen meter, heart rate meter, heart rate and stress tracker. This smart band is useful for taking special care of your health.