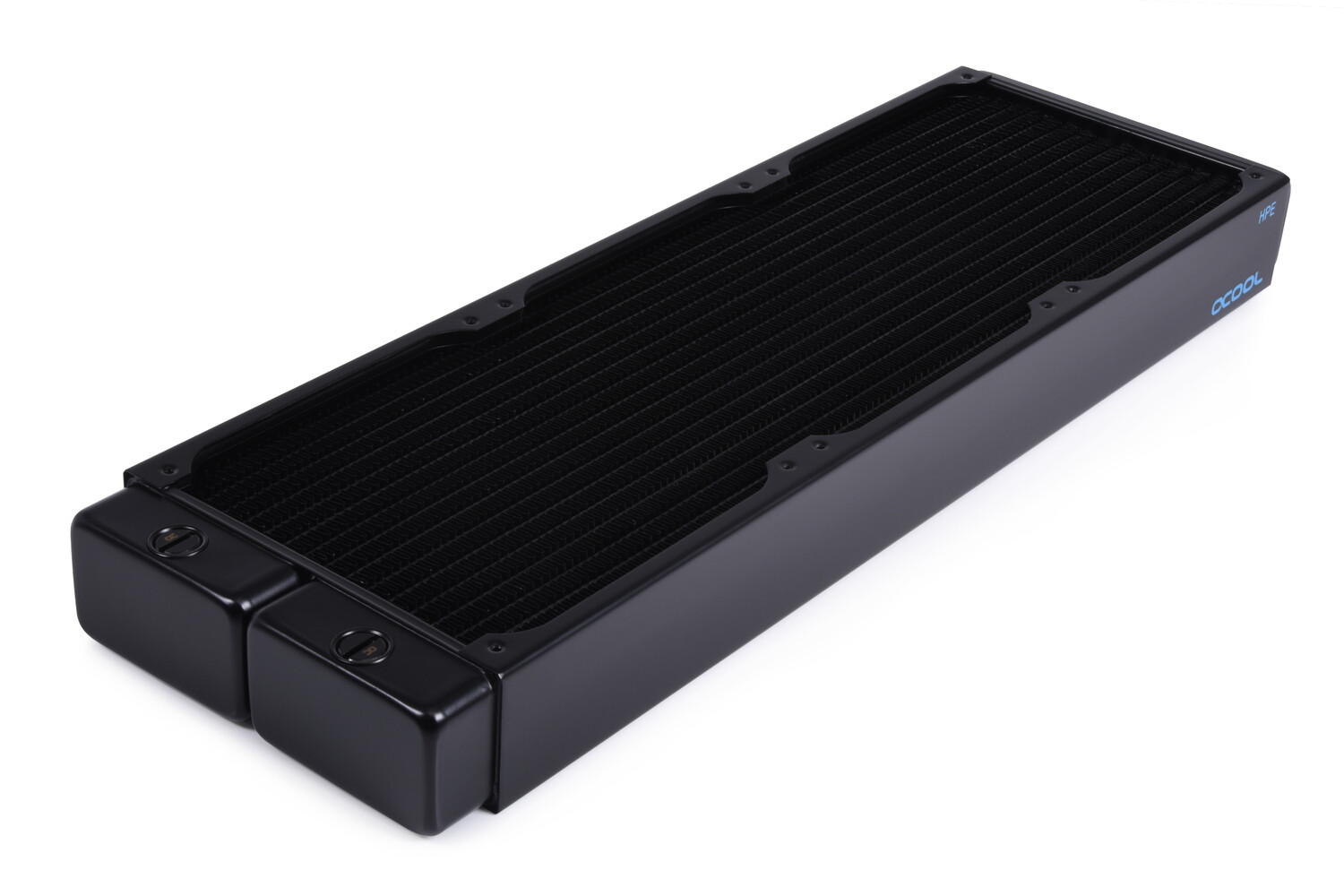 Alphacool has added the HPE-30 and HPE-45 series to the NexXxoS family of radiators. Like the previous models of the NexXxoS families, the new radiators are almost entirely made of copper, but feature an increased number of channels and fins. This means that the surface area involved in heat transfer is increased, and the radiator is able to dissipate more heat energy.

In all cases, the clips are made of steel and the ports are made of brass. Each radiator is equipped with five G1/4″ threaded ports. Four can be used as inputs and outputs, and the fifth can be used to fill the system with liquid. A temperature sensor or other accessory can also be installed in it. The source does not quote prices.